Former Trump executive issues a dire warning: Trump could turn on Bill Barr at any moment 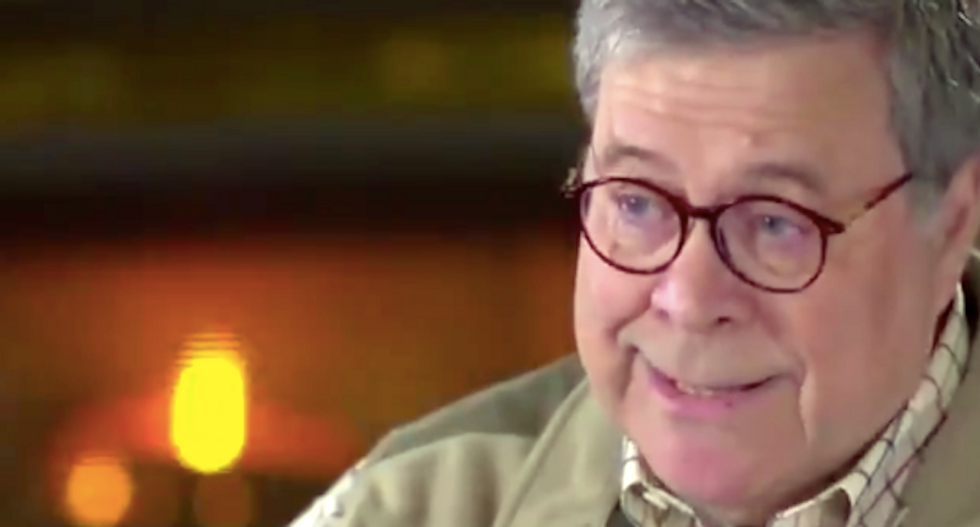 Melber played a clip of a 1992 interview in which Trump lamented that he's "almost loyal to a fault," which is why when someone is loyal to him he "looks on it like a great act of horror." Res chuckled at the video clip. Over the past few years in the White House, Trump has proven that he has very little loyalty to those who were willing to give up everything for him. Michael Cohen is certainly an example of that, as is former Lt. Gen. Michael Flynn.

"He's not loyal," she continued. "He's loyal when he needs you."

She also noted that Trump would often sue people first when he heard that they were thinking of suing him. He has a perception that somehow the petitioner is always the winner in civil cases. However, Melber noted that in Trump's case that hasn't exactly been true. In the Trump University suit, he lost $50 million.

Melber recalled that Trump is "famously hard" on his team and wondered how the president is to someone new that is fulfilling a role others seem to be unable to fill. He used Attorney General Bill Barr as his example, saying that Barr has become his "Roy Cohn," willing to do anything and everything.

"I don’t know that he trusts them so much. I think he's got the person that is going to run with his banner. And he gets all excited and he builds the person up," she recalled.

She said that it depends on how the new person holds up over time whether Trump continues to like them. For now, Barr is in Trump's good graces, but the president could turn on him at any moment. After Barr's actions have drawn criticism from both sides of the aisle, it could mean a difficult transition for him after the White House.