Fox & Friends attacks Mueller’s credibility: ‘I don’t think he knows the details of the report’ 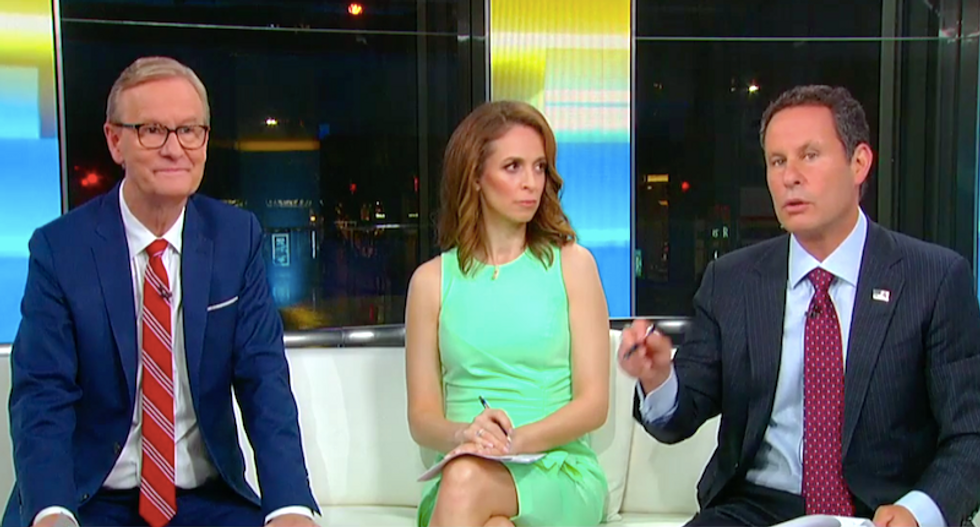 The hosts of "Fox & Friends" questioned Robert Mueller's credibility after Congress set a date for the former special counsel to testify about his findings.

Mueller will testify July 17 to lay out evidence of alleged crimes by President Donald Trump and his campaign associates, and Fox News broadcasters suggested questions that could undercut his impartiality.

Kilmeade then told viewers that Mueller might not have much insight to offer to the public about the report that bears his name.

"The other thing I have a sense of," Kilmeade said, "he has until July 17 to bone up on it. I don't think he knows the details of the report."

Kilmeade offered an explanation, and pushed Trump's dishonest characterization of the investigators on Mueller's team.

"He's like the king of England on this," Kilmeade said. "He assigns the people. They're going to say, why are most of them Democratically affiliated. Aren't you concerned about that? Do you feel why some feel there was an agenda in there?"

"Jerry Nadler, if you don't watch these hearings they often get out of control?" he said. "I sense that this ping-pong could go in the other direction."

Co-host Jedediah Bila painted a picture for viewers of Mueller cramming for his testimony.

"If he doesn't know it now, I'm pretty sure he's sitting with a highlighter to go over it and make this his moment," she said.