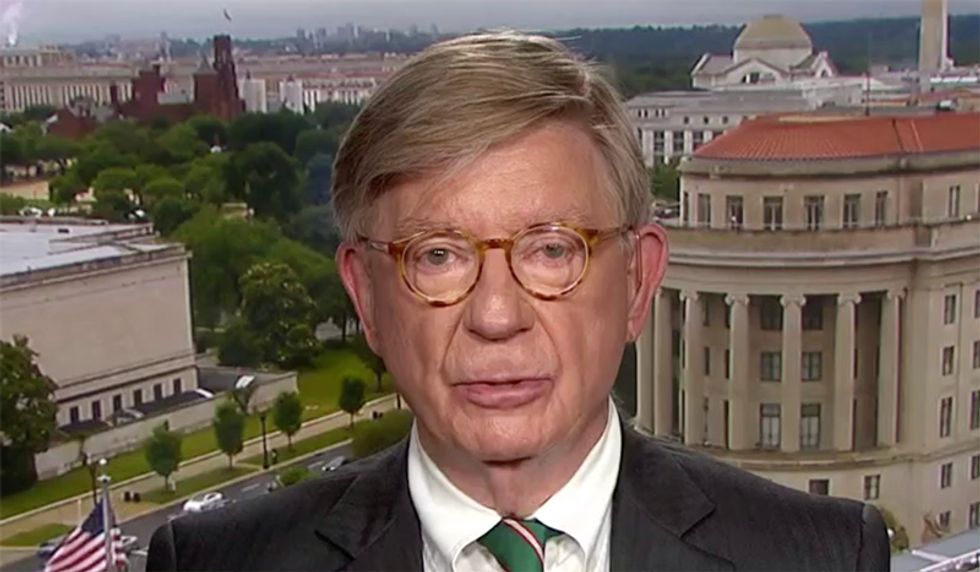 A disgusted George Will -- who is trying to reclaim the Republican Party from Donald Trump -- told CNN host John Berman to not expect any GOP lawmakers to criticize the president for opening the door to more foreign interference into U.S. elections.

Then he let loose a cutting insult of the president.

Appearing on CNN's "New Day," to promote his new book, the longtime conservative immediately took his shot at the president who, Berman noted, is not mentioned in the book.

"I would note that nowhere in this book do you mention the name Donald Trump. Why?" Berman asked.

"Well, I also don't mention Charlemagne or Doris Day," Will shot back before sniping, "This is a book about ideas. This is a book of intellectual archeology, if you will, to reestablish the dignity and momentum of the conservative persuasion in the United States going back through Lincoln and all the way to Madison -- the current president isn't involved in the American tradition of ideas and politics. "

Asked about Trump's comment that he would accept foreign intelligence on political foes -- and how he thinks GOP lawmakers will respond -- Will was dismissive, bluntly stating: "Don't hold your breath."