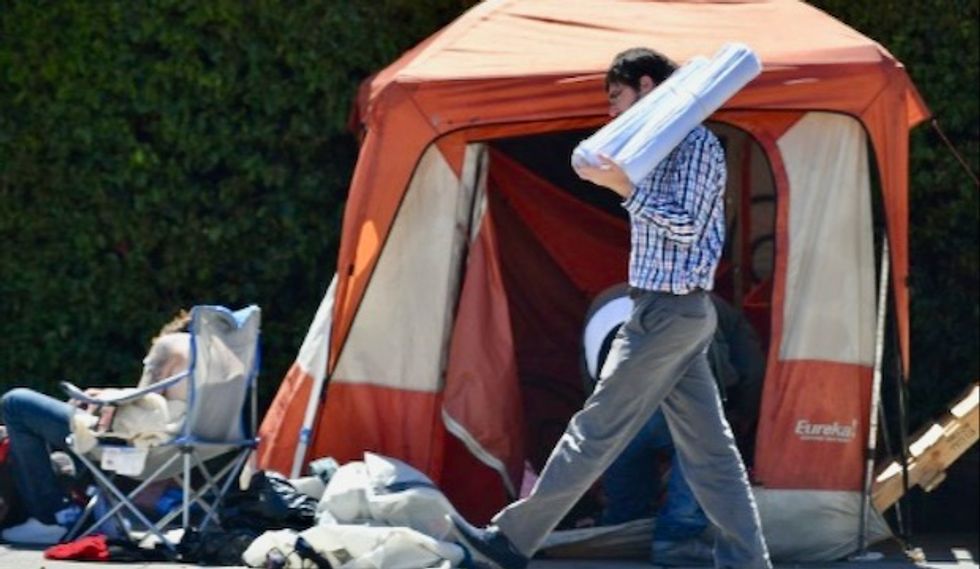 Google is pledging some $1 billion to help ease the housing shortage and homelessness in the San Francisco Bay region, where this scene was pictured in 2016 AFP/File

Google on Tuesday pledged to commit more than $1 billion to help address the severe housing crisis in the region that includes its headquarters and Silicon Valley.

Chief executive Sundar Pichai announced the initiative, saying the internet colossus wants to be "a good neighbor" in the area bursting with technology companies.

The move comes with Silicon Valley firms under pressure over the spike in real estate prices, lack of affordable housing and growing homeless problem in the San Francisco Bay region.

The region has attracted thousands of highly paid tech workers that has strained the housing supply and led to an explosion in prices.

Pichai said Google had previously invested in housing in areas where it has operations.

"Today we're announcing an additional $1 billion investment in housing across the Bay Area," Pichai said in a blog post.

The largest chunk of this would be to "repurpose" over the next 10 years for housing some $750 million of Google's land, most of which is currently zoned for office or commercial space.

"This will enable us to support the development of at least 15,000 new homes at all income levels in the Bay Area, including housing options for middle and low-income families," he said.

"We hope this plays a role in addressing the chronic shortage of affordable housing options for long-time middle and low income residents."

An additional $50 million will be funneled through the company's philanthropic arm Google.org to nonprofits focused on homelessness and displacement, adding to some $18 million in grants given over the past five years.

"In the coming months, we'll continue to work with local municipalities to support plans that allow residential developers to build quickly and economically," Pichai said.

"Our goal is to get housing construction started immediately, and for homes to be available in the next few years."

Earlier this year, companies and organizations, including one started by Facebook's Mark Zuckerberg and his wife, pledged some $500 million for affordable housing in the same region in response to a plea from Governor Gavin Newsom.

Microsoft, based in the northwestern city of Seattle, has pledged $500 million for a similar initiative.

During Donald Trump's administration, America's Asian allies often questioned whether Washington would uphold long-standing promises to defend them in the event of attack.