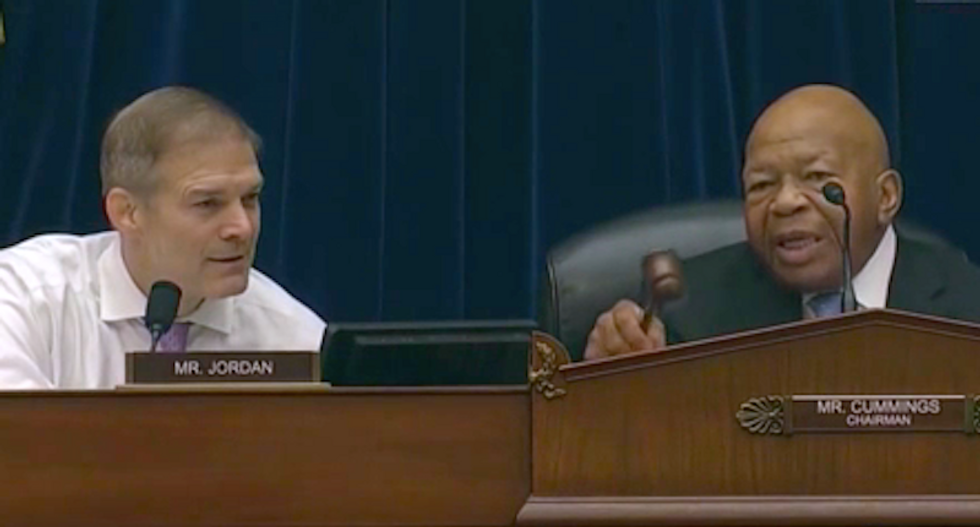 The independent Office of Special Counsel sent the Trump administration a letter earlier this month detailing Conway's "numerous violations" of the Hatch Act, which forbids most executive branch employees from using their positions for political advocacy, and recommended her firing by the White House.

"Mr. Chairman, this subpoena, one, is not necessary," Meadows told committee chairman Elijah Cummings (D-MD). "Quite frankly it is not following the law. I can tell you that what we have here is a political spectacle. We're talking about keeping politics out of government. This subpoena is nothing more than a political spectacle. We are better than this, Mr. Chairman."

Meadows warned that removing Conway for what the special counsel found to be repeated violations of federal law would violate the rights of legislators -- who are not bound by the Hatch Act.

"This is one more example of the Democrats' obsession going after this president," Jordan said. "You got to go back, remember how this committee started this Congress? Who was the first announced witness of the entire 116th Congress, who was it? Michael Cohen."

Cummings told the Ohio Republican he was out of order, and Jordan angrily denied it and asked for his time to be reset.

Cummings reminded lawmakers their first hearing was nearly a month earlier on drug prices, and Jordan tried to split rhetorical hairs by saying Cohen's hearing was announced earlier, even though it occurred weeks later.

"Don't be funny with the words," Cummings chided him, and Jordan smirked and insisted he wasn't. "Don't put it out there, things that are not accurate. That's not accurate."

The committee later voted to subpoena testimony from Conway over objections by the GOP minority.