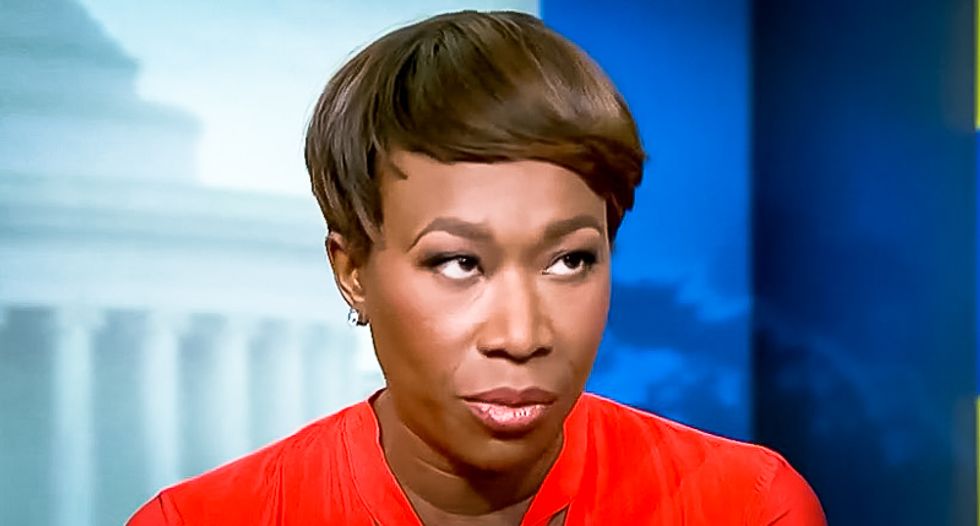 During the Overtime segment of HBO's "Real Time," MSNBC host Joy Reid flayed Donald Trump and explained to the panel that the damage the president has done to the U.S. that may never be repaired.

Asked by host Bill Maher if "America will ever be able to recover from Trump after he leaves office," with Maher pointedly adding "I keep saying he never will," guest Reid acknowledged it may be hard to make him leave.

"It's going to very hard, " Reid began. "I interviewed a lot of people from around the world who all said one thing: The thing that America has said about itself since World War II, we kind of suspected might be bullshit? Well, Donald Trump has made us feel, yup, it all was bullshit, we don't believe it anymore."

"Getting the world to believe again that we are the good people, the leader of the free world, the real democracy, the multi-cultural democracy -- he's cratered it," Reid elaborated.

"The other thing is supply chains. So Donald Trump does a trade war, people stop buying our soybeans. Do you think because, Kamala  Harris is president people are going to be, 'Oh, we'll buy your soybeans' again?" she continued. "No, they've already found other people to buy from. They don't just revert back. So, economically, a lot of the damage will be really really hard to undo."

Watch below via HBO: