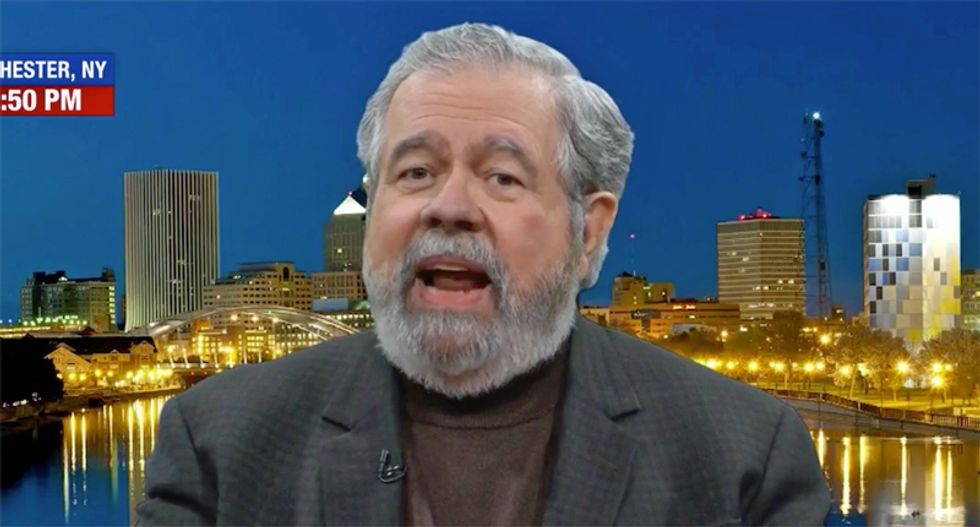 Appearing on CNN with host Chris Cuomo, Donald Trump biographer David Cay Johnston thoroughly took apart the past two days of butt-covering and lies from the White House about the aborted attack on Iran by noting the president is an "idiot" who -- in the end -- only cares about how he looks.

Johnston began by noting that Trump's claim about being told about possible casulaties and collateral damage was worse than it appeared.

"I don't believe that the discussion of casualties only came up at the last second. if we accept it, he didn't think about to ask about what the human cost would be until the last second," host Cuomo offered.

"I think it's actually much worse than that," Johnston insisted. "Our military commanders understand proportionality. They won't recommend a plan to kill 150 Iranians over a drone. They's recommend a plan to take out the radar tower that tracked the drone or a missile launcher. If they did it's because Donald Trump or [national security adviser John] Bolton said give me the most aggressive plan you can come up with. It is certainly not what the military commander would have recommended."

"He doesn't believe there's a win militarily in most situations?" Cuomo asked.

"No, I don't think he does," Johnston explained. "Remember he promised to bomb the hell out of people and at the same time extract us from war overseas?"

"What he's done is made himself the hero of the story. It's what he always does. 'There would have been this terrible disaster with all the dead people. but I prevented that,'" he mimicked Trump. "He always does this. You need to remember that Donald Trump is an idiot the classic Greek meaning of the word -- someone who thinks only about himself."