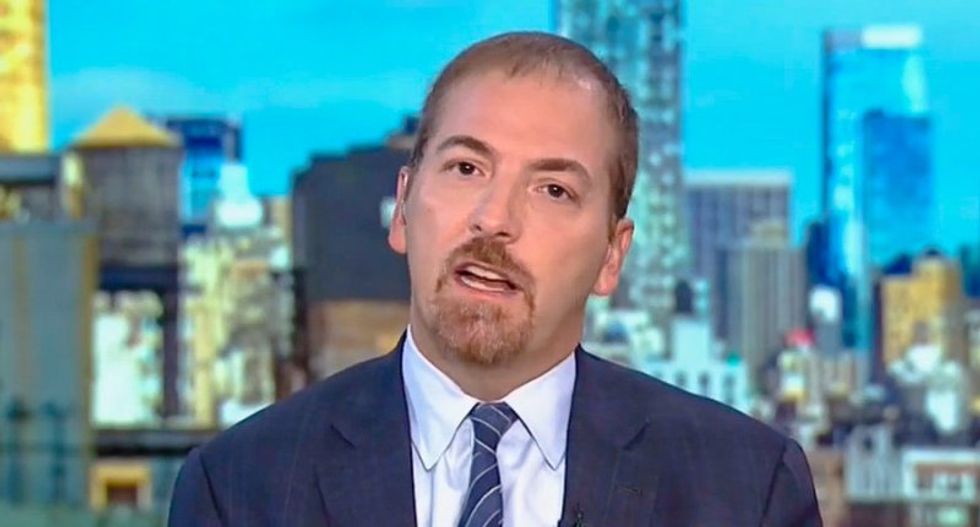 While NBC might be happy with the ratings it got from a highly-touted interview with Donald Trump conducted by Meet The Press host Chuck Todd, the reviews of the NBC political director's performance were bad. Really bad.

Focusing on Todd's inability, or lack of desire, to push-back on any of the president's claims -- including particularly egregious claims Trump made about detaining immigrant children at the border that the president blamed on Barack Obama -- one Twitter commenter called what Todd does for a living the "opposite" of journalism.

Particularly brutal was an assessment by NYU journalism professor Jay Rosen who tweeted: "Just watched @chucktodd 'interview' the president about kids and the border. I don't what that was. But it was not public discourse. Nothing to do with eliciting information, or accountability, or where do you stand? It was like feeding English sentences into a wood chipper."

That was one of the nicer ones -- see below:

Reading these MTP excerpts, and Chuck Todd’s model of interviewing seems to consist of not listening to anything the subject says
— area tweeter (@area tweeter) 1561295126.0

Sure Chuck Todd failed (or refused) to push back on Trump's demonstrably false claims while interviewing him. But t… https://t.co/v0PFRqRoQf
— cristina lópez g. (@cristina lópez g.) 1561301561.0