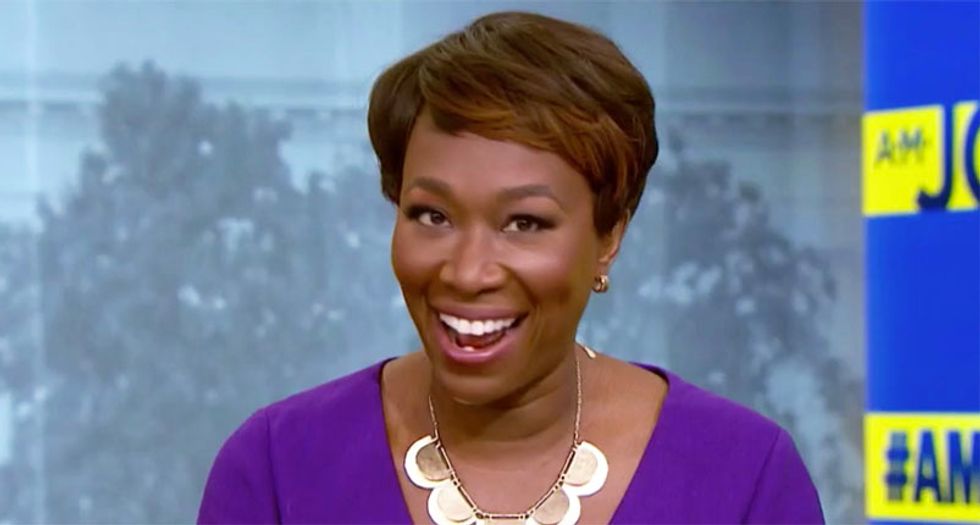 MSNBC host Joy Reid opened her show on Saturday morning by calling out Donald Trump for turning his overseas trip -- which included attending the G-20 conference -- into a fanboy "groveling" tour to meet with his new best friends, Vladimir Putin and Kim Jong-un.

In a commentary dripping with sarcasm, the MSNBC host pointed out the extraordinary fact that former President Jimmy Carter recently slammed  Trump and claimed that his presidency is illegitimate.

"Carter's absolute rebuke came on the same day Donald Trump had his first face-to-face meeting since the end of the Russia investigation with Vladimir Putin," Reid explained. "A meeting at which Trump once again publicly defended him and even joked about needing to warn Putin not to attack our election again."

"Message please, sir: please help me by attacking the election again," she mocked the president. "Right now Trump is in South Korea for meetings with President Moon, who is not a dictator, so Trump will probably not grovel."

"What Trump wants is a photo-op with murderous dictator Kim Jong-un; tweeting a plea to please come hang out at the DMZ. Please come spend time and take selfies, and Trump bragging about the possibility of such a meeting this morning," the MSNBC host added.

Noting that Trump told reporters that the murderous North Korean dictator appears to follow him on Twitter, Reid ridiculed the leader of the free world for his giddy excitement, smirking, "Oh my god! He follows me on Twitter. Will there be friendship bracelets?"