Kamala Harris went for the king and she did not miss: MSNBC panel praises senator's ‘sterling debate performance’ 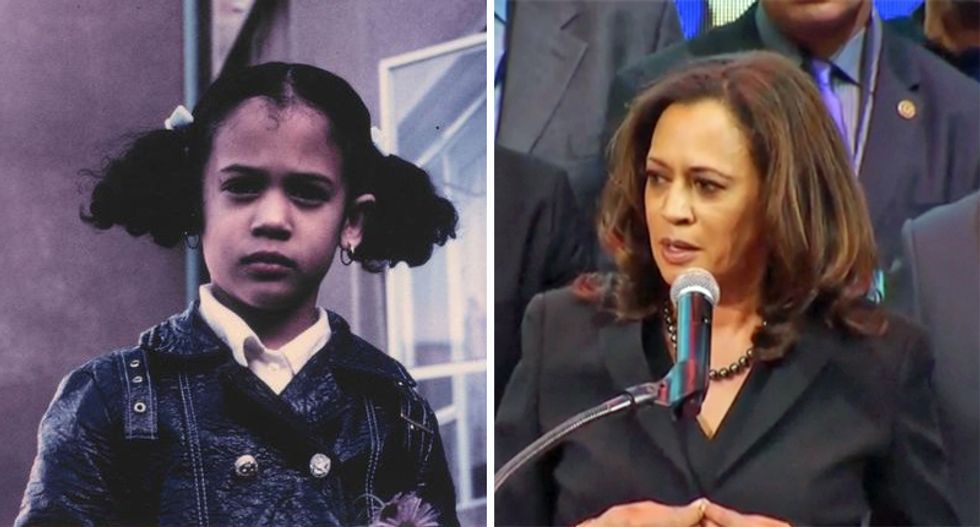 Composite image of Kamala Harris as a young girl (Twitter) and as a U.S. senator (screengrab)

The panel noted how Harris went after former Vice President Joe Biden on the issue of bussing and segregation.

"Joe Biden said that he was supporting the local school boards doing the decisions, not the federal government, which is tantamount to saying I support state’s rights," the Rev. Al Sharpton explained. "He said that. That’s not Kamala Harris confusing what he said. And if you need a day to explain that you are not with state’s rights, you only made the situation worse."

"I’m talking about what he said out of his mouth, which was stunning to me," he continued.

"I want to give her some more credit, which is when I was watching last night, I thought to myself of that line from 'The Wire,' that famous line people use a lot. When you come from the king, you bet not miss, and she didn’t miss. She went for Biden and she went in and the way that she did it was so masterful, was so surgical," explained MoveOn's Karine Jean-Pierre.

Jean-Pierre praised the Harris campaign for driving the point home by tweeting out a photo after the debate.

There was a little girl in California who was bussed to school. That little girl was me. #DemDebate https://t.co/XKm2xP1MDH
— Kamala Harris (@Kamala Harris) 1561687866.0

"There was not a moment she missed. Every time she opened her mouth, she scored a direct hit on whatever she was trying to hit. She was at various time humorous, funny, emotional. It was a sterling debate performance.

"I would add to that, that every time she’s opened her mouth when a camera’s been on her since she first mused about running that’s been the case," Wallace said. "So the performance was not an outlier, it was an extension of every moment we’ve seen from her."