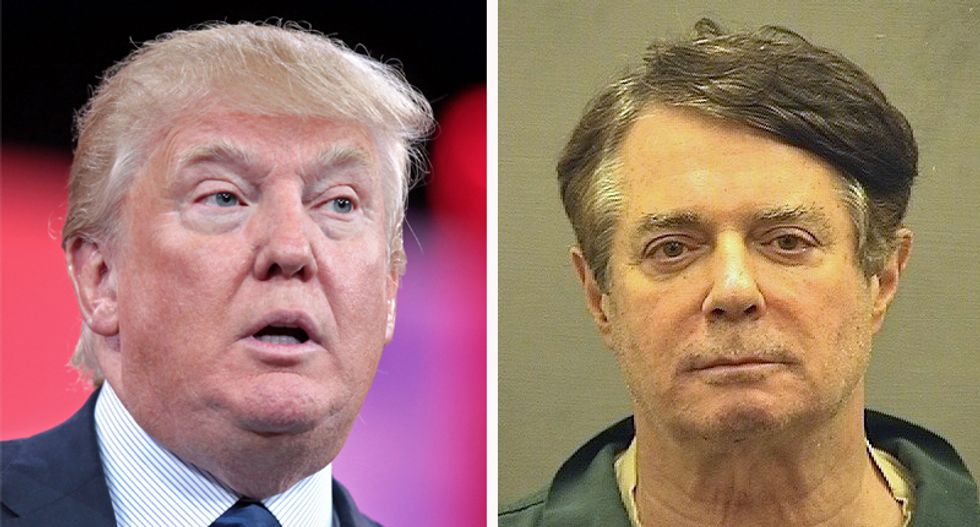 Former campaign chair for President Donald Trump has managed to get away with not giving prosecutors any information to indict others involved in the 2016 election scandals. It has prompted many to suspect that Paul Manafort was working to score a pardon from the president, but now it appears that option is off the table thanks to the U.S. Supreme Court.

In a 7-2 ruling, the Court said that a person could be tried twice for the same crime if one is in a federal court and the other is in a state court. Trump's justices split the decision, with Brett Kavanaugh supporting the majority and Neil Gorsuch joining with Justice Ruth Bader Ginsburg.

Last year, Manafort was convicted by a federal jury in Virginia on eight out of 18 counts of bank and tax fraud. He then said he would cooperate with the Robert Mueller investigation, but was caught in doing anything but.

"It was of interest to Manafort because if he had been pardoned, the theory was and if the Supreme Court kept this going, then he could be charged separately in a state like Virginia or somewhere else for the same crimes that he had committed in the federal government but got pardoned for," said NBC's Pete Williams.

"So two things that have happened that have wiped that off," he continued. "Number one, the Supreme Court didn’t change the double jeopardy rule. And Manafort has been charged with state crimes by New York. But they are violations of the New York tax law largely which he was not prosecuted for in Virginia or Washington, DC."

Watch the full explainer below: