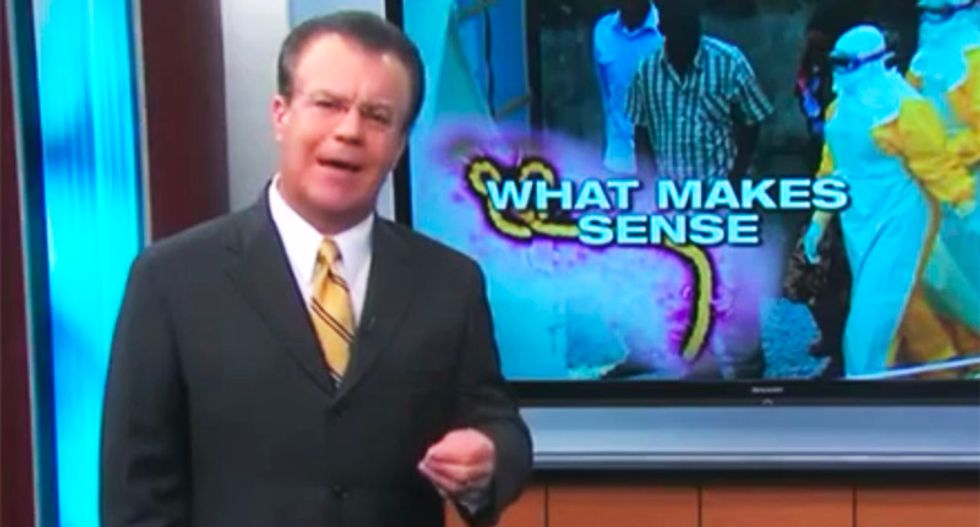 Rob Braun, a fixture on local Cincinnati television for over 35 years, is retiring after stating it was "time to move on" because "I don't fit well with the Sinclair News model," reports WVXU.

The reports states that Braun -- the dean of Cincinnati's WKRC news broadcasting -- made the comments on his Facebook page and assured loyal fans that he was not fired by the conservative news organization.

In a Facebook post, he wrote: "I want you to know that I am not retiring. Ch 12 is NOT forcing me out. In fact, they offered me a generous contract. I am choosing to leave. There is no 'real story but .... Sometimes in life, you just know, it's time to move on. I don't feel I fit well with the Sinclair News model."

He added, "It has been an unbelievable run. More than any Newsman can ask for and That is all do to you. Our viewers! and I thank you."

According to WVXU, Braun had a run-in with owners Sinclair Broadcasting months ago over a script they forced him to read on the air.

"Braun clashed with his bosses last year when Sinclair ordered news anchors to read a commentary complaining about media companies pushing 'their own personal bias and agenda to control exactly what people think," WVXU reported, adding, "Two Channel 12 staffers said Braun tried to rewrite Sinclair's script in his own words, but it was rejected."