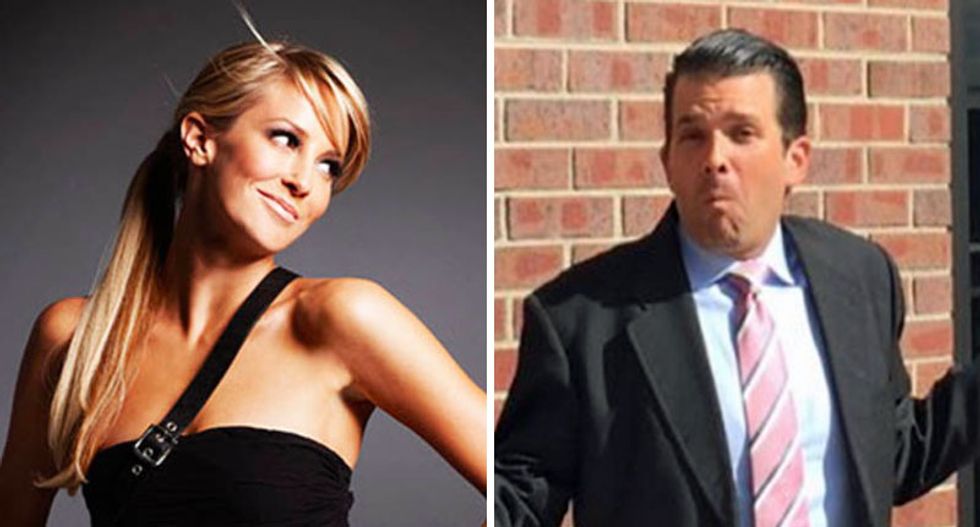 The wife of Treasury Secretary Steve Mnuchin explained why she feels "uncomfortable" around Donald Trump, Jr.

Louise Linton made the revelations during a new interview with LA Magazine.

"Donald Trump Jr. is not in the administration. He’s a big advocate of big-game hunting—lions and elephants. Do you feel uncomfortable going to dinner with him?" Maer Roshan asked.

The magazine noted there was a long pause.

She then attempted to rationalize the situation.

"Look, I do what I can," she argued. "I was involved in a couple of meetings at the White House, one of them was a Pets for Vets thing. So there I was, sitting in the Roosevelt Room in a suit, with all these other animal advocates, and my husband walks past and he does a double take, like, 'Honey? What are you doing in the Roosevelt Room?' (Laughs.) I’m like, 'Hi Steve. I’m just here being a voice for the animals!'"

Also in the interview, she said, "It sucks being hated."

‘It sucks being hated’: Mnuchin’s wife Louise Linton opens up about being married to a Trump administration officia… https://t.co/gk3f7TS6mi
— Raw Story (@Raw Story) 1560473734.0