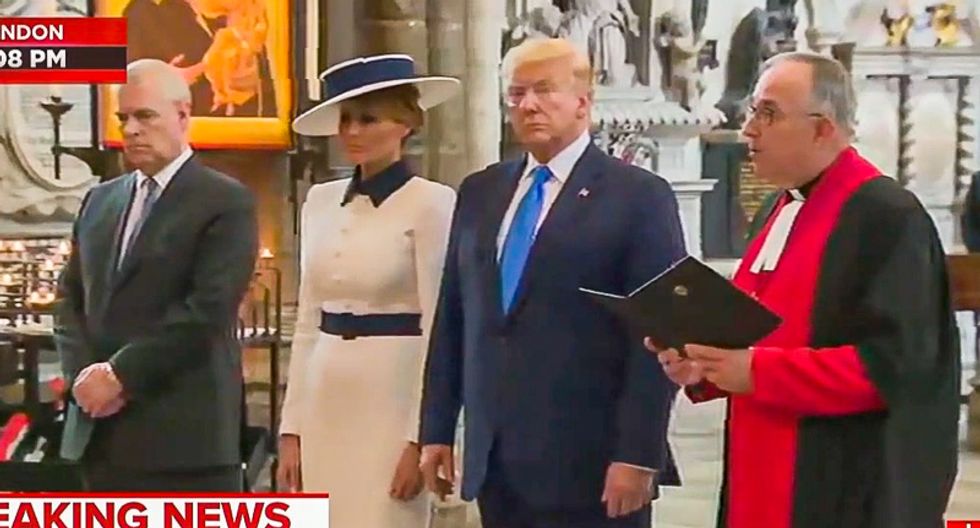 An MSNBC guest on Monday praised President Donald Trump for his "appropriate" behavior during a ceremony in Britain.

"I think President Trump looked distinguished and somber in Westminster Abbey," Dickey said. "That was a good image for him."

Dickey noted that Trump "may destroy it this afternoon in Tweets."

"But right now, I think we have to say that he looks good," he continued. "And he looks appropriate, which is the most important thing. Given the occasion and given the setting there at the Tomb of the Unknown Warrior."