Meghan McCain compares herself to Trump rape accuser: ‘I’m going to get raked over the coals’ for doubting her 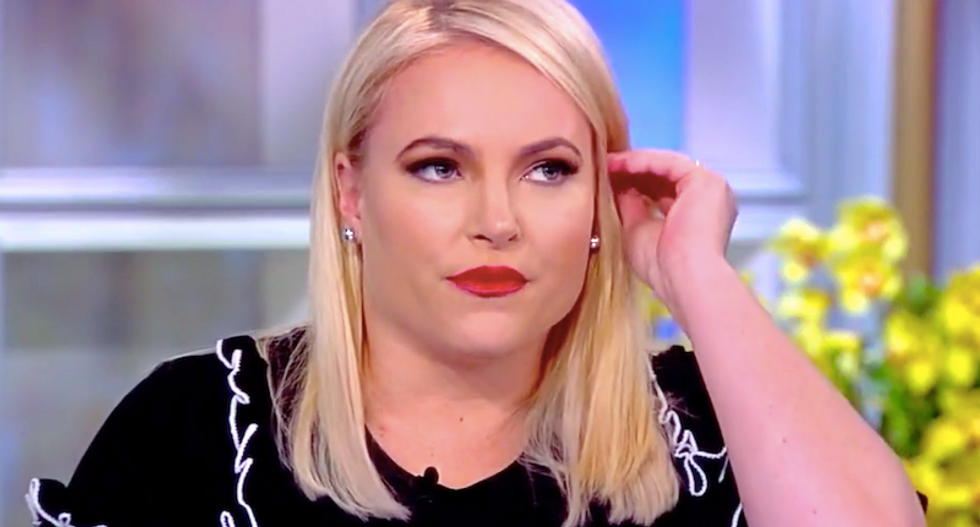 Meghan McCain doesn't doubt E. Jean Carroll's "pain" -- but she has some possible doubts about her claims that she was raped by President Donald Trump.

"The View" co-host agreed with New York City mayor Bill de Blasio, who wants to open an investigation into the author and columnist's allegations, but McCain cast doubts on the story.

"I think, 100 percent, we should open up that investigation," McCain said. "I think she deserves that."

But McCain admitted she wasn't entirely convinced by her claims.

"I watched the entire CNN interview, and she said well, maybe -- maybe," McCain said. "She seemed -- she also seemed at the time of this interview sort of -- she didn't seem to realize how big of a thing this would be, accusing our president of rape. It's not that I don't believe President Trump isn't capable of sexual assault and raping women. of course, we all heard of the 'grab them in the blank' tape."

McCain said she overcame her skepticism about Stormy Daniels, but she cited actress Asia Argento and Brett Kavanaugh accuser Julie Swetnick as reasons to doubt Carroll.

"I'm a politician's daughter, I have been lied to my entire life by people, and Argento revealed she had actually herself sexually assaulted a minor, and then reached an agreement where her boyfriend, Anthony Bourdain, who later committed suicide, paid off -- the actor's name was Jimmy Bennett, $330,000," she said. "I always ask questions, and it's not that I don't believe women, as you said. It is something that brings on so much cultural shame and it's so horrific. It's one of the most horrific things you could ever think of happening as a woman."

McCain couldn't say whether she believed Carroll, and said she just didn't know.

"I know this probably makes me unpopular in this space," McCain said, "but I believe that something happened, and I believe -- but she has been accusing a lot of other very prominent famous men of sexual assault, and I believe of rape, and again, it's like I was scared to even come out here and say that, but I would prefer to be honest with the audience and I would like to open up the investigation. I would like to know more information."

"I mean, the prevalence of false reporting is between 2 percent and 10 percent," Hostin said. "Most women do not lie about rape because people don't believe them, because they get raked over the coals."

McCain argued that her doubts should be taken seriously because she risked angering the audience by questioning Carroll's allegations.

"Can I just say one more thing before you talk?" McCain said. "I 100 percent came out here assuming I'm going to be raked over the coals, but I would rather be honest with this audience and with all of you than sit here and lie because it's going to make my life easier in the media."