Meghan McCain snaps after co-host asks to vote out McConnell 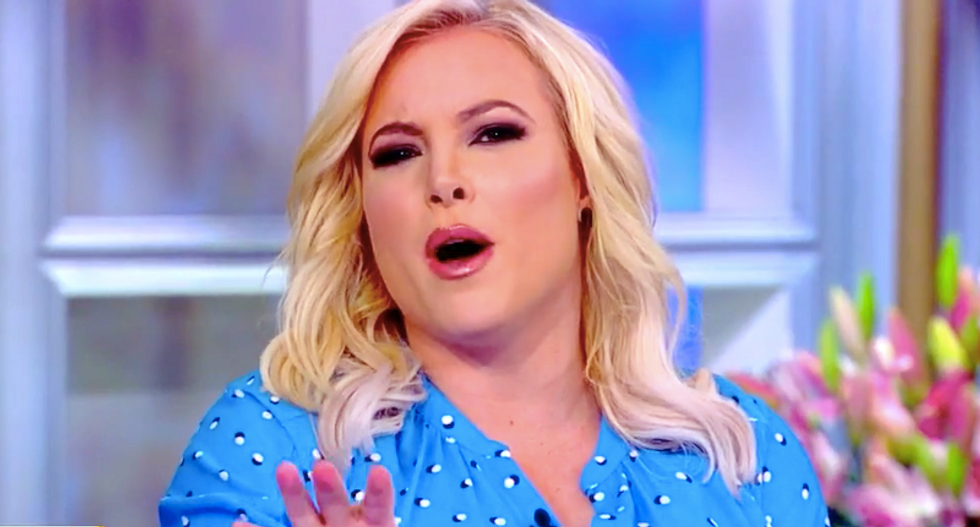 Meghan McCain erupted after her colleagues blamed Senate Majority Leader Mitch McConnell for the extreme partisanship that has paralyzed Congress.

"I think it's very clear that Mitch McConnell changed the rules for Merrick Garland," said co-host Sunny Hostin. "He's been obstructionist from the very beginning, it's why the Supreme Court looks the way that it looks, and McConnell has played partisan politics from the very beginning. He has had no interest in being bipartisan, and all of a sudden Joe Biden thinks when he's president Mitch McConnell is going to play ball. He is not going to play ball at all, he's going to only play ball if you play on his court with his rules, and I'm not buying it."

"I like compromise," she said. "I yearn for the era of Tip O'Neill and Ronald Reagan, for the time we can talk to one another and it doesn't turn into divisive tribalism. I was texting with a friend of mine who is a public person on the left, and I said, 'Thank you for never treating me like a pariah,' and he said the same thing."

"I think that we need to get back to a place where disagreeing on how you view the role of government and politics doesn't mean that you can't talk the one another," McCain continued. "I think across the board both sides are equally responsible for it, and I think it's a winning message. I like the idea that we can actually sit down and compromise, but again, I don't know if the tribal left is going to go for it."

Hostin set her straight, and placed the blame squarely on the GOP Senate majority leader.

"If you look at the stats, Mitch McConnell, Senate Republican, blocked 79 Obama nominees," Hostin said. "Up until that point in the entire history of the U.S., only 68 presidential nominees have been blocked. I don't think it's a bipartisan issue, it's Mitch McConnell's Senate."

McCain blew up, and asked Behar what she expected to happen.

"I want to know what you think is going to happen?" McCain said. "Kentuckians are watching 'The View' and they're like, Joy says Mitch McConnell's got to go, so I guess it's done. Like, it's ridiculous. Yeah, and I think we have to be talking to one another."

Behar was unfazed, saying one of her favorite people was from Kentucky.

"She passed away, unfortunately, Rosemary Clooney," Behar said. "Not all Kentuckians are on Mitch McConnell's (side)."