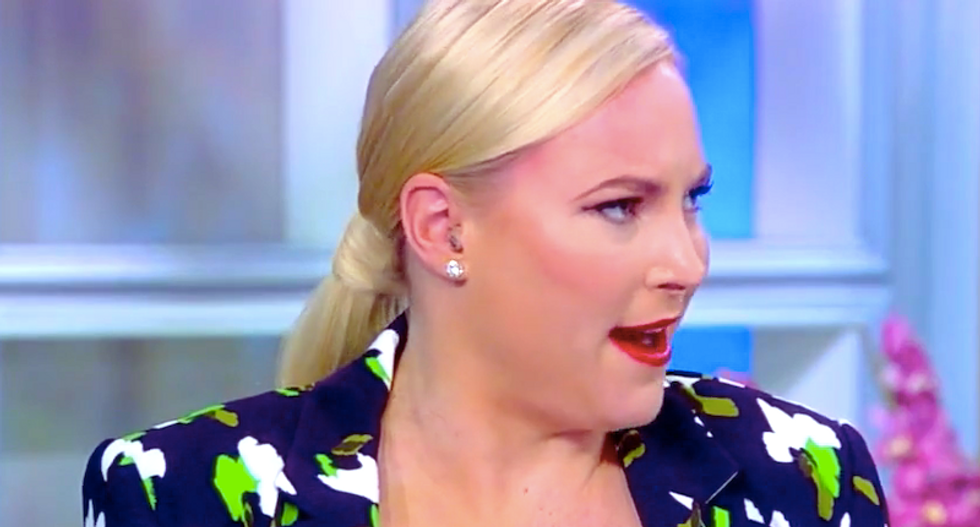 Meghan McCain was pleasantly surprised by applause after she dismissed John Dean's testimony, only to find out it came from a friend of hers.

"The View" co-host frequently complains that her viewpoints meet disagreement from her colleagues and audience members, so she seemed genuinely astonished that her controversial opinion found support.

"He wrote a book in 2004 called 'Worse Than Watergate,'" McCain said. "He then wrote an essay called 'George W. Bush Is The New Richard M. Nixon,' both wiretapped illegally and impeachably. I'm always very wary of any public figure who compares everyone to Hitler or to Nixon, and this is someone's sense of -- by the way, he was part of the coverup, part of the Nixon coverup, so he spent his legal career atoning for the illegal activity that he's done and he also went to jail for it."

McCain said the House Judiciary Hearing wouldn't change public perception about Trump, and would only help get him re-elected.

"This didn't move the needle for me one way or the other in regards to the present," she said. "I get that he gets to compare it. I think if we had Joy (Behar) here she would concede this is nothing like President Bush. So I think Democrats get out of their skis all the time, and not to sort of abuse an old adage, but it is how we got President Trump and it's how you get people like me ignoring what's going on."

"I would like to hear from the actors right now who are being accused of having -- Mueller or whomever -- who have to do with the president times and the present that we're living in," McCain added.

Host Whoopi Goldberg started to respond when she was interrupted with some applause, and McCain rushed to thank them.

"Oh, thank you, that never happens -- thank you," McCain said, before recognizing who started it. "Oh hi, that's my friend, sorry. Of course, you're clapping, so sorry. Thank you."