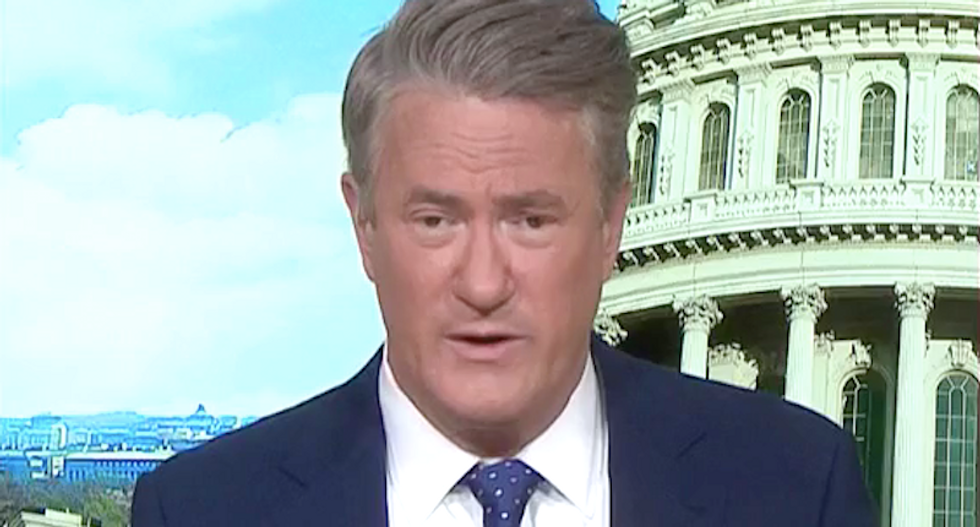 The president told ABC News' George Stephanopoulos that he would accept foreign assistance to his re-election campaign, and the "Morning Joe" host strongly disagreed that was standard practice in Washington.

"When he said all congressman do it, well, I was elected four times, was up there for quite some time, ran four campaigns, and if anybody had come from a foreign country with any information, that would send blinking red lights on and off," Scarborough said. "You would immediately contact the FBI, not even a close call. I never once heard from a single congressman or congresswoman or U.S. senator, and I've known a lot over the past 25 years, that ever took information from foreign sources, nor would they."

"The Republicans have no choice but to condemn this," he added. "If they don't condemn it then, of course, they are being disloyal to their country and choosing instead to be loyal to Donald Trump."

Scarborough suggested the president needed foreign help to win re-election, because he's not strong enough to earn a new term without cheating.

"This is Donald Trump, whose back is against the wall, he's losing in poll after poll," he said, "so perhaps this all is unfortunately all too predictable for this man."

"The Republicans have no choice but to condemn this. If they don't condemn it then, of course, they are being dislo… https://t.co/4EhmIHJDjh
— Morning Joe (@Morning Joe)1560422430.0