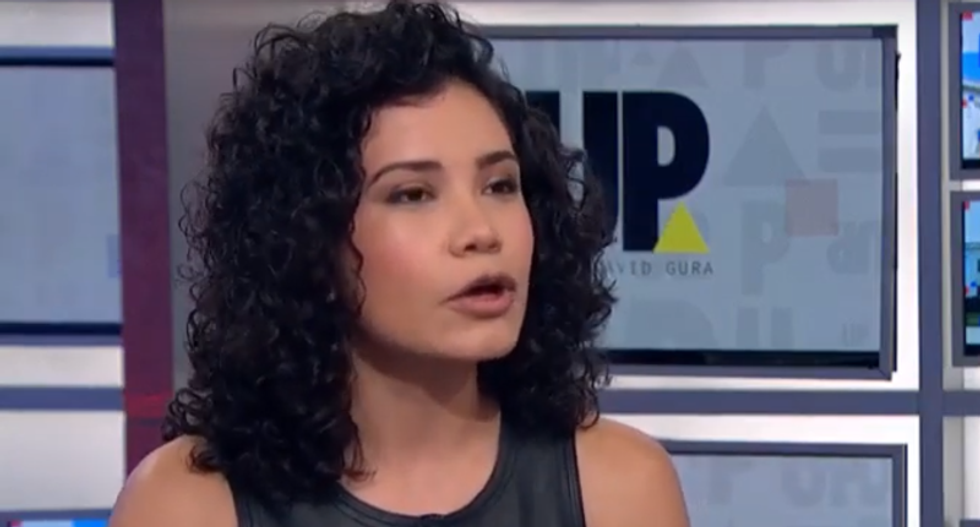 On MSNBC's "Up with David Gura," Washington Examiner reporter Laura Barrón-López castigated President Donald Trump for his attempt to silence E. Jean Carroll, who alleges the president raped her in a department store in the 90s in her upcoming book.

"Laura, what should we make of the response to this?" said Gura. "The president coming out with this statement very quickly after this was published online, i'm going to read a little bit from it, because I think one facet of this particularly is worth noting. 'Shame on those who make up false stories of assault to try to get publicity for themselves or sell a book or carry out a political agenda, like Julie Swetnick, who falsely accused Justice Brett Kavanaugh.' This arc, this line the president is drawing to one of the accusers who came out in the confirmation hearing."

"This is something that Trump typically does, which is pick an example of something he thinks makes the rest of the accounts or everything else just false," said Barrón-López. "And he has denied all of these allegations, and he likes to paint them as fake news or as completely made up and that there's no truth to any of them, but she's the 16th woman now to come forward against him. And we see no real response."

"Ever since the tape that game out of the 2016 election where you actually heard him talk about physically assaulting a woman, other than the initial response to that from Republicans, they don't talk about it anymore, they don't really address when another women comes forward to accuse Trump, and so I expect there will be no response to this," said Barrón-López.