MSNBC's Mika scorches Trump over sex assault denials: 'What type of woman would you rape?' 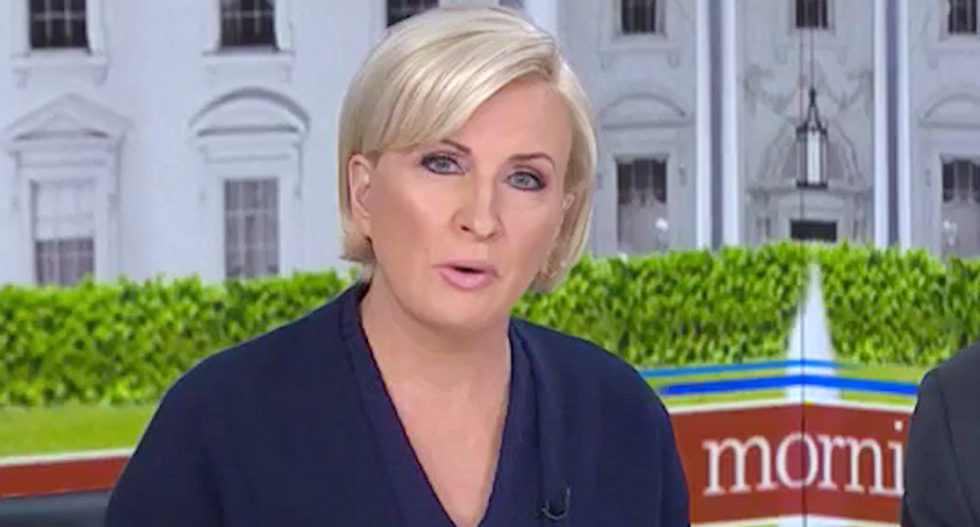 Author and columnist E. Jean Carroll has accused the president of raping her more than 20 years ago after a chance meeting at a Manhattan department store, but Trump insists he couldn't have assaulted her because she's not his "type."

"We're talking about sexual assault, talking about actual rape and the president said that she's not his type," the "Morning Joe" co-host said. "So I guess the follow-up question is, since you have a type when it comes to rape, what's your type, Donald Trump, and is it any of the other women who claimed that you raped them?"

"What is your type, since you have a type, that you would rape?" Brzezinski added.

MSNBC contributor Elise Jordan thanked her for describing Carroll's claims as rape, and explained why the author's allegations -- and Trump's denials -- hit her particularly hard.