Musician David Crosby advises woman to divorce Trump-supporting husband of 40 years: ‘Look for somebody else’ 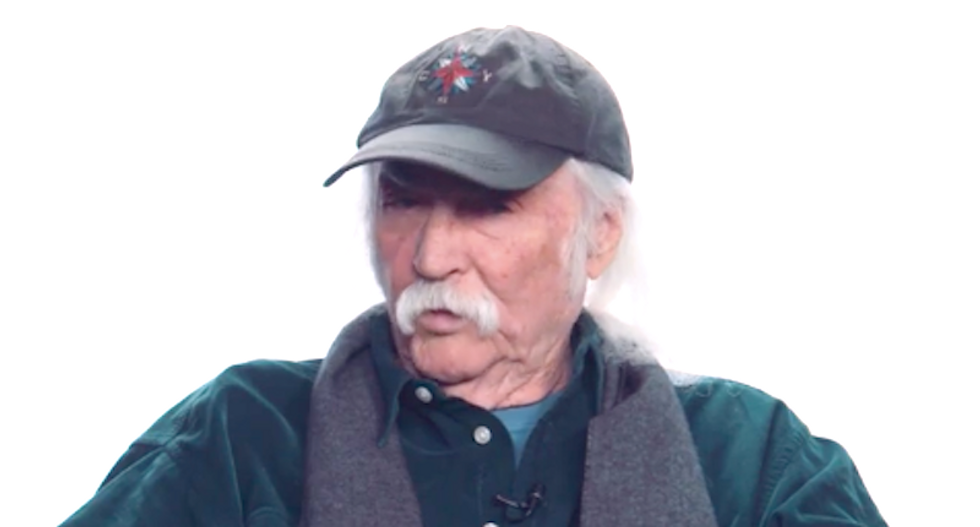 Singer David Crosby urged a woman to leave her husband of 40 years over his support for President Donald Trump.

The rock music legend started off his new gig as an advice columnist for Rolling Stone with a question from a wife who's concerned about her husband's political viewpoints.

"He's a good man and a good husband," the woman wrote. "My only problem is that he's become a die-hard Trump supporter. It'd driving me completely insane."

"How can any otherwise rational man support that moron?" she asked. "Would it be crazy to end my marriage over a political difference?"

The 77-year-old Crosby said he understood her angst, saying it would be difficult to respect someone who fell for an obvious con man.

"The guy is a snake oil salesman, it's a scam," he said. "You have to be pretty stupid to buy it. So I can't say any positive stuff about your husband, and you might want to be looking around for somebody else."