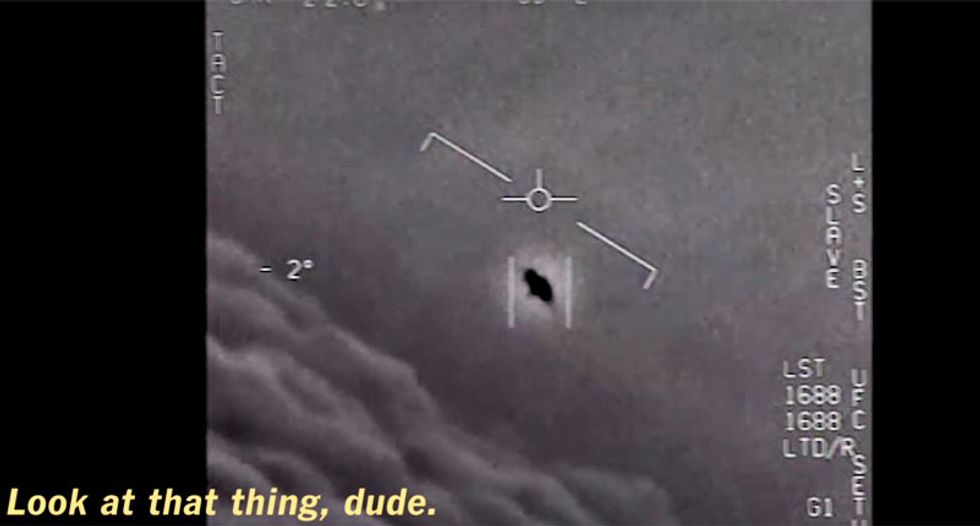 While it might sound like something out of "The X-Files," Navy pilots have been seeing UFOs, and U.S. Senators now want to know what's happening.

According to Politico, three more senators met with Pentagon officials for a classified briefing Wednesday about encounters pilots are having with unidentified aircraft. It seems the Pentagon is getting more and more requests by officials with high clearances to figure out what's happening.

The crafts are, at their most basic, nothing more than "unidentified aircraft," and while it isn't likely they're little green men, there are some senators who might have concerns about whether these UFOs are actually a foreign adversary.

“If naval pilots are running into unexplained interference in the air, that’s a safety concern Senator Warner believes we need to get to the bottom of,” said spokesperson Rachel Cohen, for Sen. Mark Warner (D-VA)

"The Navy has played a prominent role in light of the testimony of F/A-18 pilots and other personnel operating with the USS Nimitz aircraft carrier battle group off California in 2004 and the USS Theodore Roosevelt in the Atlantic in 2015 and 2016," recalled Politico.

While the Pentagon wouldn't comment further on the matter, they did concede that there a "growing number" of members interested in the information.