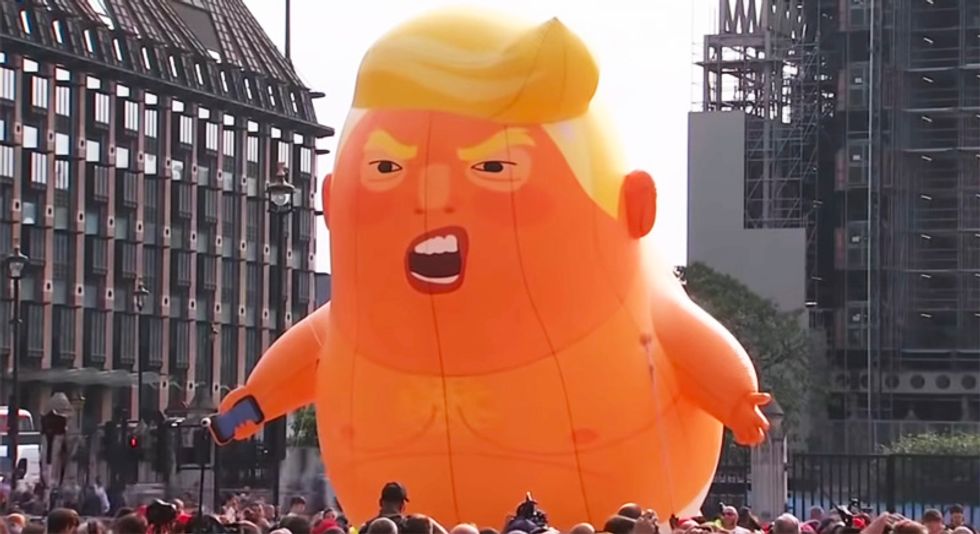 The Washington Post reports that Code Pink has requested a protest permit from the National Park Service so they can demonstrate against the president -- and they're planning on bringing the infamous "Baby Trump" blimp with them.

The blimp, which first gained notoriety when it was deployed during anti-Trump protests in the United Kingdom, depicts an angry caricature of Trump wearing nothing but a diaper.

"Code Pink organizers said the decision to import the blimp originated around the time Trump announced he would hold a military parade in Washington last year," the Post reports. "The parade was canceled amid questions about its impact and cost — estimates indicated it could be as much as $92 million — but through online fundraising efforts, Code Pink raised enough money to bring 'Baby Trump' to the District."

Code Pink's permit request asks to be allowed to fly the Baby Trump blimp over "any open grassy area nearest to [the] Lincoln Memorial," which is where the president is set to give his July 4th speech.

"We’re appalled that Trump is taking that day to spew his hateful and racist rhetoric," Code Pink co-director Ariel Gold tells the Post of the group's reasons for protesting his address.