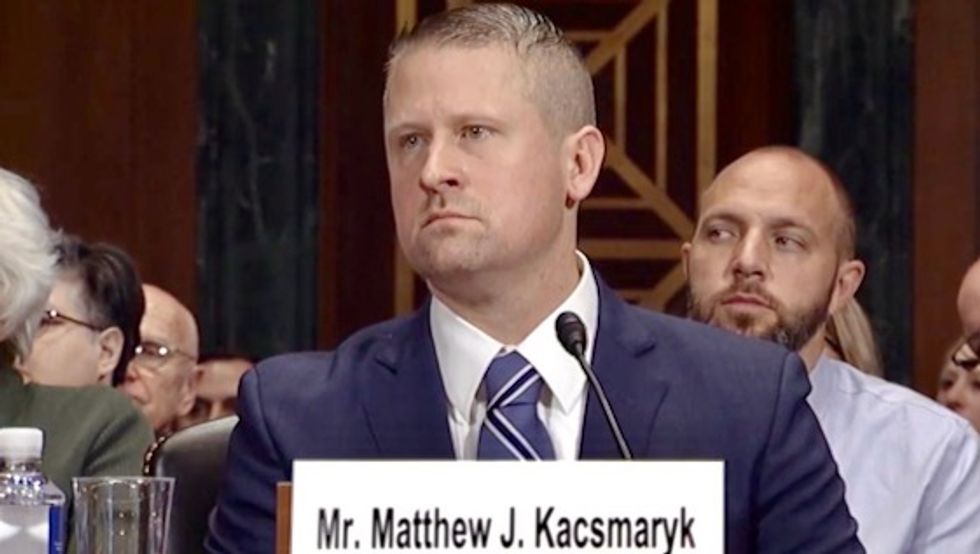 Senate Republicans just moved closer to confirming an anti-LGBT pro-discrimination Christian extremist attorney to a lifetime appointment on the federal bench. After Tuesday's 52-44 vote Matthew Kacsmaryk of First Liberty Institute is now just one final vote away from becoming a federal judge on the U.S. District Court for the Northern District of Texas.

Kacsmaryk is opposed by hundreds of LGBT and civil rights groups. The Leadership Conference, a coalition of more than 200 national organizations calls Kacsmaryk "a right-wing extremist who has made a career out of dehumanizing LGBTQ people, debasing women, and assailing health care rights. He has expressed staunch opposition to the Equality Act, marriage equality, and promoted the dangerous lie that being transgender is a ’delusion.’ He has attacked Roe v. Wade and challenged the Affordable Care Act’s contraceptive access."

The Alliance for Justice published a six-page report on Kacsmaryk, concluding "Kacsmaryk has built his legal career opposing equal rights for millions of his fellow citizens. His harsh and demeaning rhetoric regarding LGBTQ rights and reproductive rights sends a clear message that he has little regard for established legal precedent in this area. Kacsmaryk often couches his opposition to equal rights in religious language."

The AFJ added, "Kacsmaryk’s statements demonstrate beliefs that discrimination against LGBTQ Americans is valid and should be condoned."