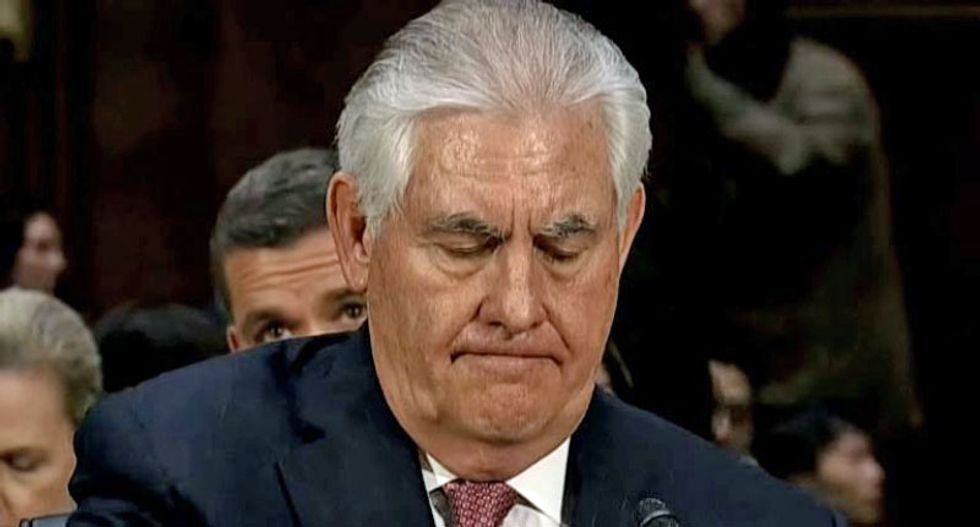 China may walk away from trade talks with President Donald Trump, his former Secretary of State worries.

Trump started his trade war with China more than two years ago, on March 31, 2017. At a Mar-a-Lago meeting with Chinese Premier Xi Jinping eight days later, the two agreed to a 100-day plan for the trade talks.

But Trump, who bills himself as the world's greatest negotiator, was unable to reach a deal.

The trade war has continued to escalate since then, with no end in sight after the two countries failed to reach a deal by a March deadline.

"Mutual respect, win-win solutions, these are things they want to hear and they’re not hearing those," Tillerson said. "It makes it hard for them to adjust themselves."

“If I had a concern about it, it’s that the Chinese I hope do not come to the conclusion that they can’t make a deal with this administration, we’ll just wait for the next one," he explained. "I hope that’s not what they’re moving to, I don’t believe it is.”

While serving in the administration, Tillerson reportedly referred to Trump as a "moron."