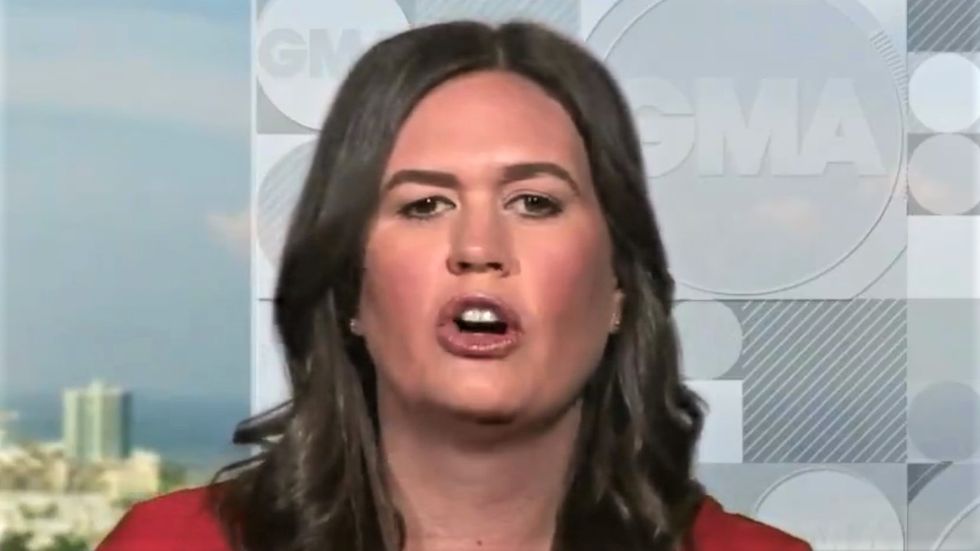 Sarah Huckabee Sanders is seriously considering a run for Arkansas governor, according to three sources close to the outgoing White House press secretary.

Sanders and her associates have privately discussed the possibility for months, sometimes jokingly, but those sources said she seems quite interested in running for the position her father, Mike Huckabee, held from 1996 to 2007, reported Politico.

“She’s extremely serious,” said one of those people, who has recently spoken to Sanders about a possible campaign.

The White House official and her allies have been making calls to donors and Republican operatives in Arkansas, although they have not directly asked for support.

President Donald Trump has publicly encouraged Sanders to run for the office, which doesn't open up until 2022, after privately urging her to do so for months, and hinted Tuesday night at a campaign rally that she would.

Sanders could tap into political networks established by her father and Sen. John Boozman, whose campaign she managed in 2010, and her boss in the White House remains very popular in Arkansas.