Sarah Sanders' replacement 'won't last one day' if they won't lie for Trump like she did: CNN host 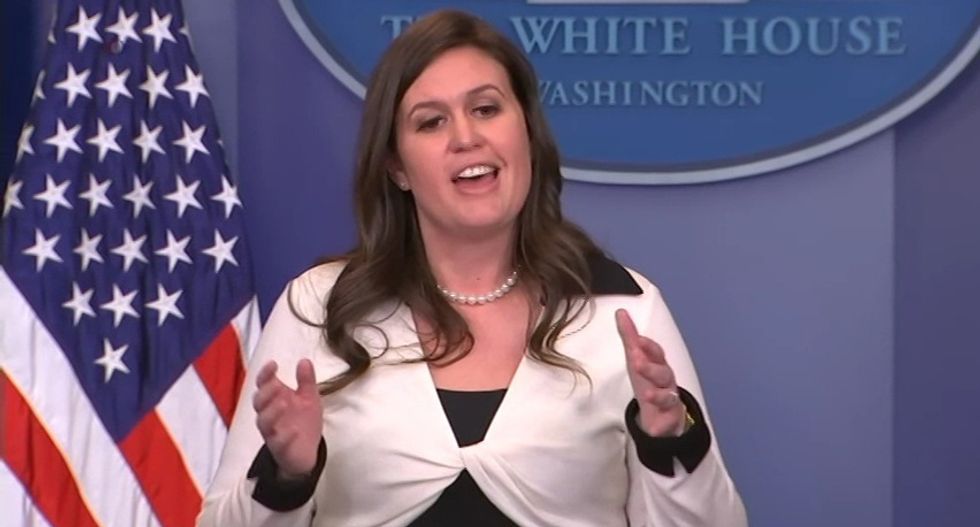 During a panel discussion on White House spokesperson Sarah Sanders' plan to depart her job working for President Donald Trump, CNN host Kate Bolduan scoffed at the idea that the president will employ anyone who doesn't lie like he does.

Speaking with CNN media analyst Brian Stelter, Bolduan asked about Sanders contentious tenure and her abrasive nature with the press.

"It will only matter if the person is honest and forthright with the president," he added. "That was the issue for the past two years with Sanders and Sean Spicer before her -- so much misinformation, misleading information from the White House -- that the press secretary job has been diminished as a result."

Host Bolduan then pulled her CNN colleague up short.

"Your hope is absolutely unfounded, and I love you, but it's naive," Bolduan lectured. "The leadership comes from the top. The president sees no need to be straightforward with reporters, it's not illegal to lie to reporters or the public, but it should be."

"It's a problem," Stelter conceded while laughing.

"Someone is going to last one day in the job if they are to the standard you want, you know what I mean?" Bolduan concluded.