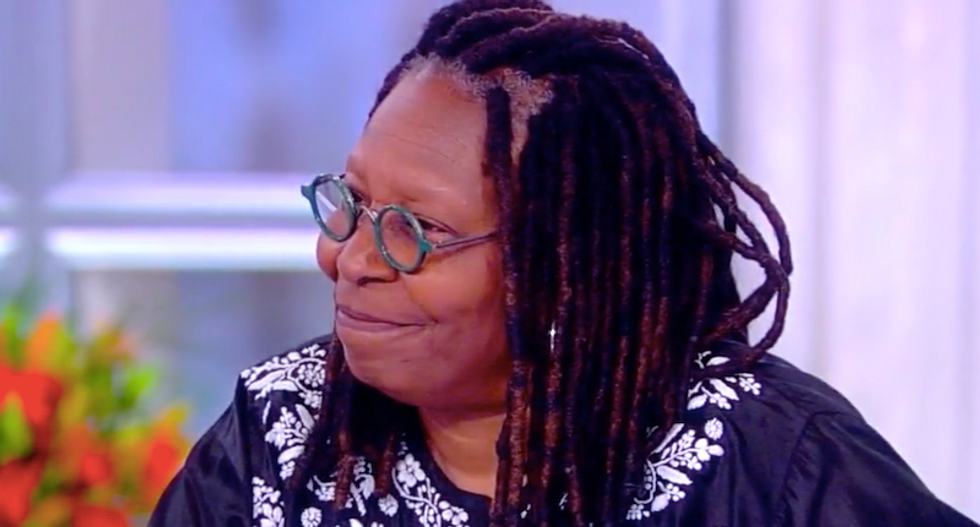 "The View" host Whoopi Goldberg offered a somewhat cryptic explanation for the absence of two of her frequently sparring co-hosts.

The show has already been without co-host Abby Huntsman, who recently took a maternity leave ahead of the birth of her twins, and Goldberg explained why they were without Meghan McCain and Joy Behar.

"Two people are out, yes, but not permanently, okay?" Goldberg said, smiling tightly. "So don't start anything. Both ladies are down for the count, and will probably be with us in the next day or so."

Goldberg and Behar each kept producers busy last week by using profanity that had to be bleeped out, and McCain was forced to apologize on air for saying Democrats had to take a "kill shot" to impeach President Donald Trump.

Guest hosts Ana Navarro and Tara Setmeyer filled in for the missing pair.

"People are tuning in and going, where did all the white people go?" Navarro joked.

"We got a half white one here," Setmeyer said, as the other panelists laughed.

"I'm glad you said it," Goldberg said. "You know, if I had said it they would be like, look at that racist."

"That's the beauty of being biracial," Setmeyer chimed in.

"This is America," Setmeyer added, as the audience cheered.