'This is what solidarity looks like,' says Ocasio-Cortez, as Wayfair workers vow walkout to protest company for working with child detention centers 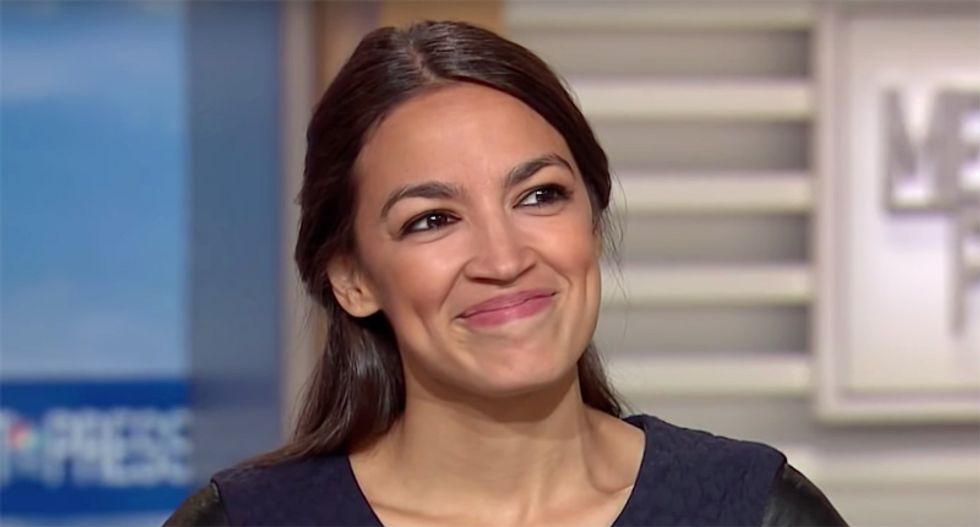 "We believe that the current actions of the United States and their contractors at the southern border do not represent an ethical partnership Wayfair should choose to be a part of."

Employees of home goods online superstore Wayfair plan to walk out of work Wednesday afternoon in a rebuke to the company's cooperation with President Donald Trump's anti-migrant policies.

"This is what solidarity looks like—a reminder that everyday people have real power, as long as we're brave enough to use it."

The action, which will take place at the company's Boston Back Bay offices, is scheduled for 1:30pm ET Wednesday.

Wayfair employees found out last week that the company was providing bedroom furniture to government contractor BCFS for its new facility in Carrizo Springs, Texas. Common Dreams reported on the facility's construction on June 20, citing WFAA reporter Jason Whitley, who said on Twitter that the camp would "house more than 1,000 captured children."

Once the employees discovered their complicity in the border detention of children, 547 of them wrote a letter to the company's executives on June 21 demanding that the company cease cooperating with the federal government.

"We believe that the current actions of the United States and their contractors at the southern border do not represent an ethical partnership Wayfair should choose to be a part of," the employees wrote.

Wayfair CEO Niraj Shah and his leadership team, in a letter to employees Monday night, rejected the request.

"As a retailer, it is standard practice to fulfill orders for all customers and we believe it is our business to sell to any customer who is acting within the laws of the countries within which we operate," said the letter. "We believe all of our stakeholders, employees, customers, investors, and suppliers included, are best served by our commitment to fulfill all orders. This does not indicate support for the opinions or actions of the groups and individuals who purchase from us."

The company confirmed the authenticity of the letter to The Boston Globe but did not comment further. Attempts by Common Dreams to reach Wayfair were unsuccessful.

As activist Alexis Goldstein pointed out on Twitter, Wayfair is actually providing materials to a government that is breaking the law.

.@wayfair: “We’ll sell to any customer who is acting within the law” *CBP regularly breaks the law at the border*… https://t.co/urgDeAA4Wr
— Alexis Goldstein (@Alexis Goldstein) 1561489211.0

Support for the workers was growing online as the news spread.

"We applaud Wayfair workers who are walking out to protest Wayfair profiting from detention centers," RAICES tweeted. "No one who works for a company profiting from these camps should be standing idly by as children are dying. This takes a village."

Journalist Sana Saleem pointed out that Wayfair's justification for its cooperation with BCFS was flawed.

"Businesses have the right to refuse service," said Saleem. "They've had that right they just don't want to use it."

A boycott movement seems to be growing as well, with Democratic activist Lucy Flores one of the people on Twitter announcing she wouldn't be buying from the retailer.

"Was just looking at another Wayfair item the other day," said Flores. "Won't be going thru with that purchase."

"This is what solidarity looks like," said Ocasio-Cortez, "a reminder that everyday people have real power, as long as we're brave enough to use it."

Our work is licensed under a Creative Commons Attribution-Share Alike 3.0 License. Feel free to republish and share widely.
For customer support issues contact support@rawstory.com. Report typos and corrections to corrections@rawstory.com.