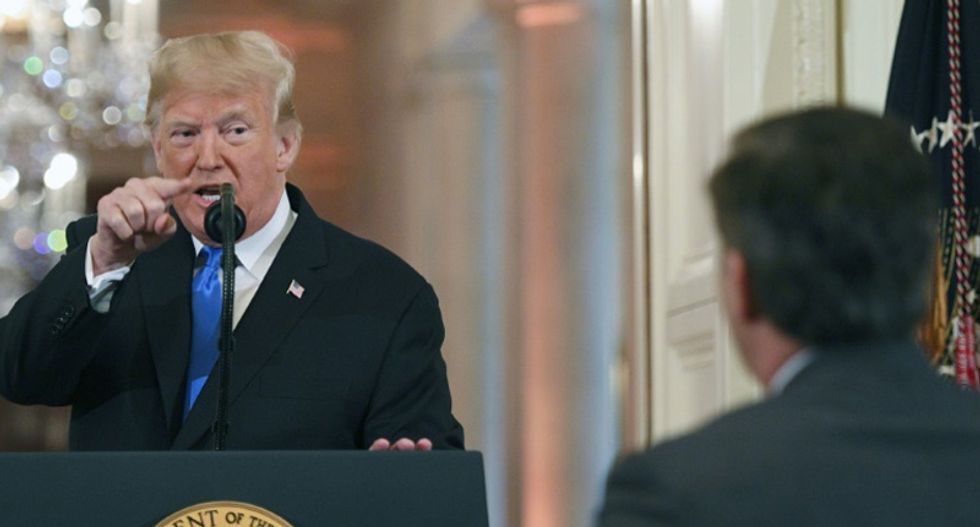 During the press conference Donald Trump held before leaving the G-20 conference, the president and CNN's Jim Acosta got in a bit of a squabble after the reporter asked him about his coziness with dictators -- which eventually led Trump to insult Acosta.

“You did seem to be joking there with the Russian president. Are we taking that to be wrong? And what is it with your coziness with some of these dictators and autocrats at these summits?" Acosta pressed Trump. "With Mohammad bin Salman, the Crown Prince of Saudi Arabia, when you were asked about the case of Jamal Khashoggi, you did not respond to that question: were you afraid of offending him on that subject?”

“No, not at all. I don’t really care about offending people,” Trump snapped back. “I sort of thought you’d know that.”

“And, by the way, congratulations. I understand you have a book. Is it doing well?” Trump asked, with Acosta pointing that the book which is critical of the Trump administration it is doing very well, to which Trump smirked, "Really?"

Getting back to the subject at hand, Trump took a shot at Acosta, insisting:  “I get along with everybody, except you people, actually. I get along with a lot of people.”

“What is it with your cosiness with some of these dictators and autocrats at these summits?” President Trump resp… https://t.co/SrhYdyoEpL
— Channel 4 News (@Channel 4 News)1561822201.0