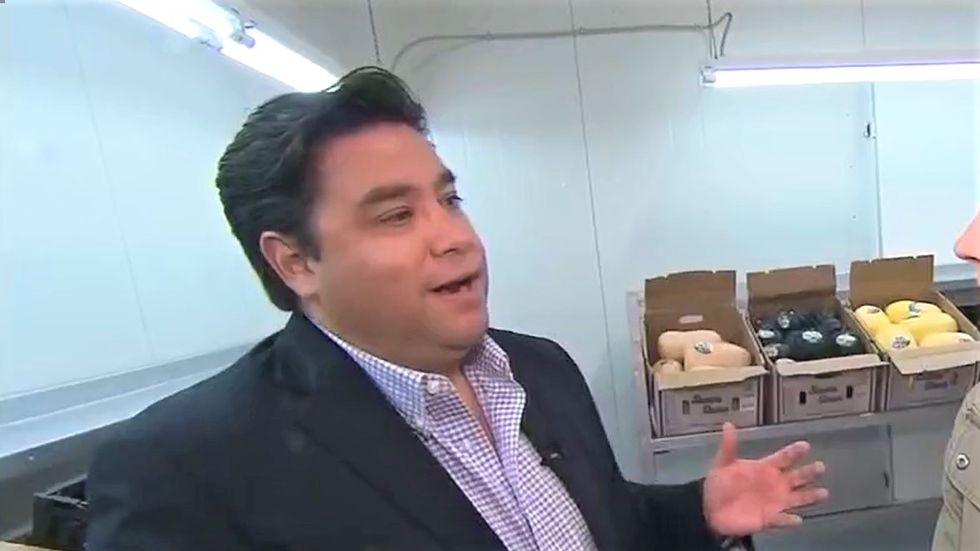 An American businessman who voted for President Donald Trump in 2016 told CNN on Tuesday that he's deeply worried by the president's latest trade war with Mexico.

In an interview with CNN reporter Vanessa Yurkevich, Chamberlain Distributing president Jaime Chamberlain said that his business would be in dire shape if the president follows through with this threat to hit Mexico with escalating tariffs.

"So five percent [tariffs] for now is absolutely horrible," he said. "Going to ten, fifteen, twenty percent, I can't even -- I can't even imagine."

As Yurkevich explained, Chamberlain imports literally all of his produce from Mexico into his Arizona-based warehouse, where they're then distributed to American consumers. He said that even though he voted for Trump in 2016, he was not in favor of his current trade policies.

"These are not good ideas and this is not the way I would do things," he said. "I'm not always willing to be on the side of the president."