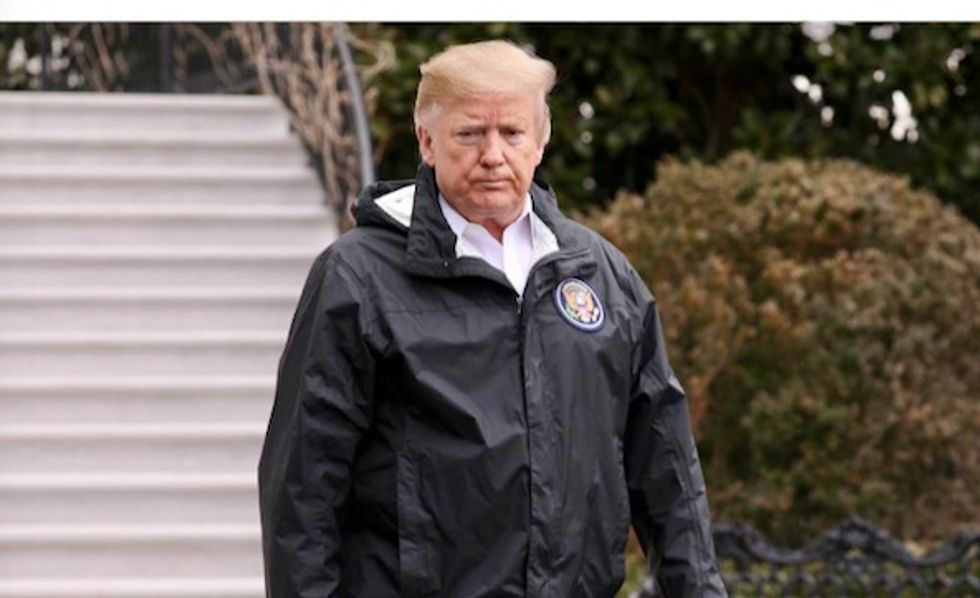 According to a report in Politico, campaign strategists for Donald Trump are looking for a way to change the electoral vote map in 2020 over fears that they may lose the key Midwestern industrial states that helped propel him to the Oval Office.

Noting that the president's "own polling shows him falling behind in Michigan, Pennsylvania, and Wisconsin," the campaign is looking at the math and trying to figure out where they can make gains in states he lost in 2016, in the hope he can hold onto the presidency.

According to the report, campaign manager Brad Parscale has been advising Trump that he will have to pick off some states he lost with the focus moving to New Mexico, Nevada and New Hampshire -- all three of which saw the GOP take losses in the 2018 midterms.

According to former George W. Bush political strategist Karl Rove, the White House is smart to look for other options in what is expected to be a contentious race.

“Every candidate for president needs multiple paths to 270 electoral votes. Last time, they had one path and it worked. But since no one can run the table every time, better to have multiple paths to 270,” Rove explained. "Even in a reelection, you cannot count on repeating what you did before. Sometimes, the nature of the opposing candidate changes the playing field, opening possibilities and closing others.”

The report states that Trump faces an uphill battle in those states.

"There’s considerable skepticism that Trump can make a serious play in the states — especially Nevada and New Mexico. Republicans have not won a presidential race in Nevada or New Mexico since 2004, and the last time they carried New Hampshire was in 2000. Democrats won every statewide race in New Mexico last year; in Nevada, they seized a Senate seat as well as the governorship. In New Hampshire, Democrats won control of both state legislative chambers," Politico reports.

Democrats, for their part, see Trump's forays into those states as a sign of panic.

“Last cycle, Democrats crushed Republicans in these states by highlighting President Trump’s toxic health care agenda and broken promises — that’s why he’ll lose them again in 2020,” explained DNC spokesperson David Bergstein. “While we take nothing for granted, this GOP strategy looks like they are already concerned about a realistic pathway to 270 electoral votes.”