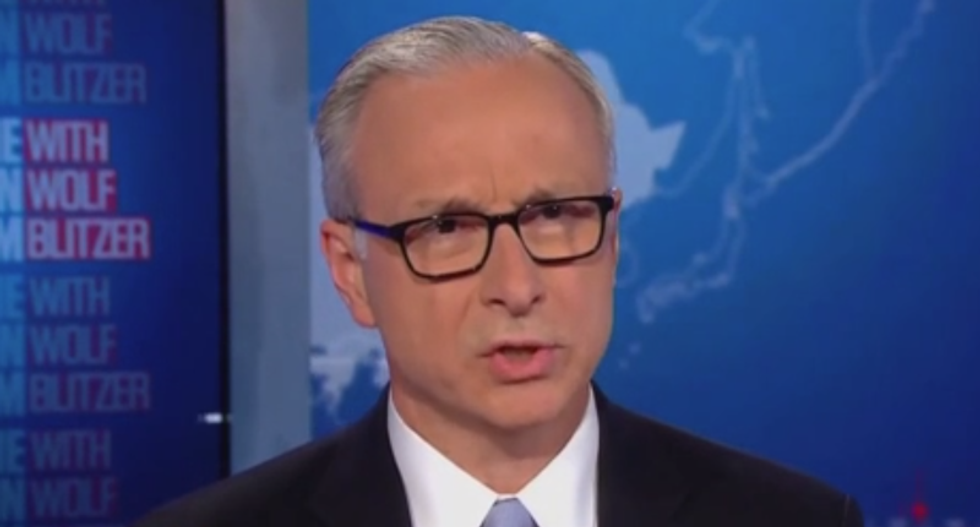 President Donald Trump told ABC News' George Stephanopoulos on Thursday that he would not necessarily call the FBI if he was ever again in the position of a foreign power offering him campaign dirt on his opponents.

"It's distressing," said Baker. "The president is wrong. He's simply wrong about what he's saying. Americans, political figures or people working in campaigns should absolutely report to the FBI if they're contacted by a foreign government or foreign officials trying to give information to the United States in some way. It's just not what we should do. It's a threat to the national security. Depending on what the facts and circumstances are, could very well be illegal. But it's just wrong, frankly. It's wrong."

"And it could be designed simply to try to sow dissent in the United States as well," said Blitzer. "Which is what the U.S. intelligence community concluded the Russian involvement in 2016—"

"Exactly," said Baker. "We're not talking about Norway here. We're talking about Russia, China, Iran, North Korea, Saudi Arabia. These countries that are not democracies and do not like the system that the United States has. They're no friends of ours in that sense. They do not want to see our political system work well."

"So what message does it send to Russia, for example, what we just heard?" Blitzer asked.

"It's a terrible message," said Baker. "It's inviting them to do more of what they did before. And I find it distressing, and I would expect it's highly demoralizing to the folks in the FBI and the intelligence community who have been working hard to make sure that this kind of thing doesn't happen. And I think a message to the Russians and to others is that even though the president is making these statements, the people at the FBI are bound and determined not to let this happen."