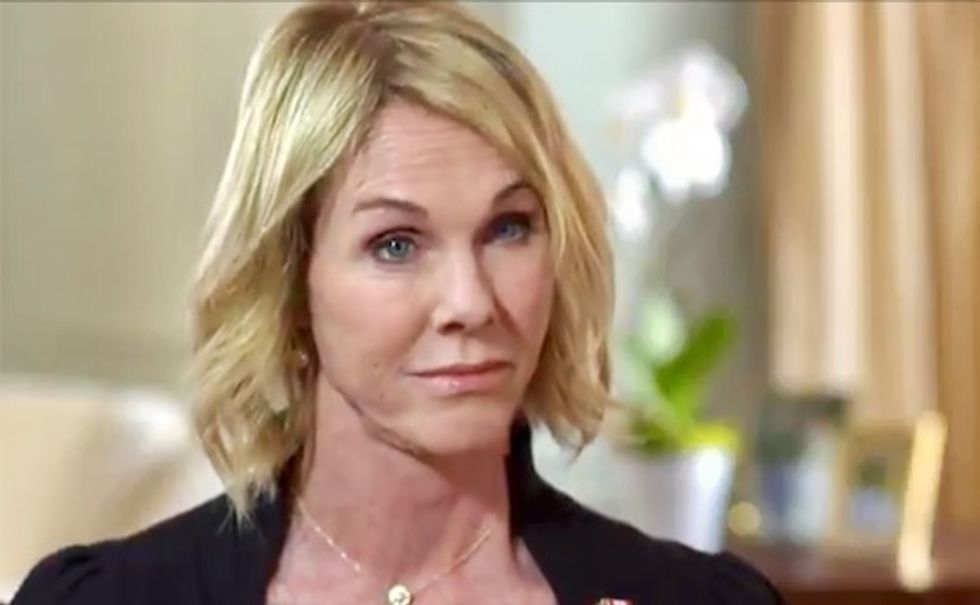 U.S. Ambassador Kelly Craft isn't sure what science is really all about (Photo: Screen capture)

President Donald Trump's pick for ambassador to the United Nations promised Wednesday to allow climate diplomacy to move forward despite her family's fortune in coal.

Kelly Craft, at a Senate hearing to confirm her for the high-profile post that has been vacant for nearly half a year, said she would not participate personally in discussions at the United Nations in which coal is discussed.

"I will give you my commitment that where coal is part of the conversation within climate change at the UN, I will recuse myself," she told Democratic Senator Ed Markey, a leading environmentalist.

But she showed no daylight with Trump on his decision to pull the United States out of the UN-backed Paris climate accord, which covers virtually every other country, saying: "We don't have to be part of an agreement to be leaders."

She also stopped short of saying she would step back from talks involving all fossil fuels, saying that she was still sorting out details of an ethics agreement.

UN scientists say that the world must drastically curb its use of coal, oil and other fossil fuels by 2030 to avoid the worst consequences of climate change, including intensifying droughts, growing disasters and rising sea levels that could devastate low-lying areas.

Craft, a longtime Republican donor who is married to billionaire coal executive Joe Craft, is serving as ambassador to Canada.

Robert Menendez, the top Democrat on the Senate Foreign Relations Committee, pressed Craft at the hearing to provide records on how much time she has devoted to her current job.

The news site Politico, quoting State Department records, found that Craft has been absent for more than 300 days since becoming ambassador, or more than half the time since her confirmation.

Craft insisted at the hearing that she was hard at work and was regularly consulting with Prime Minister Justin Trudeau on a revised North American free trade pact.

Trump's first ambassador to the United Nations, Nikki Haley, left at the end of last year as her star power grows rapidly within the Republican Party.

Trump chose Heather Nauert, a former Fox News anchor who was then the State Department spokeswoman, to succeed her, but the nomination was never formally submitted and Nauert withdrew from consideration.