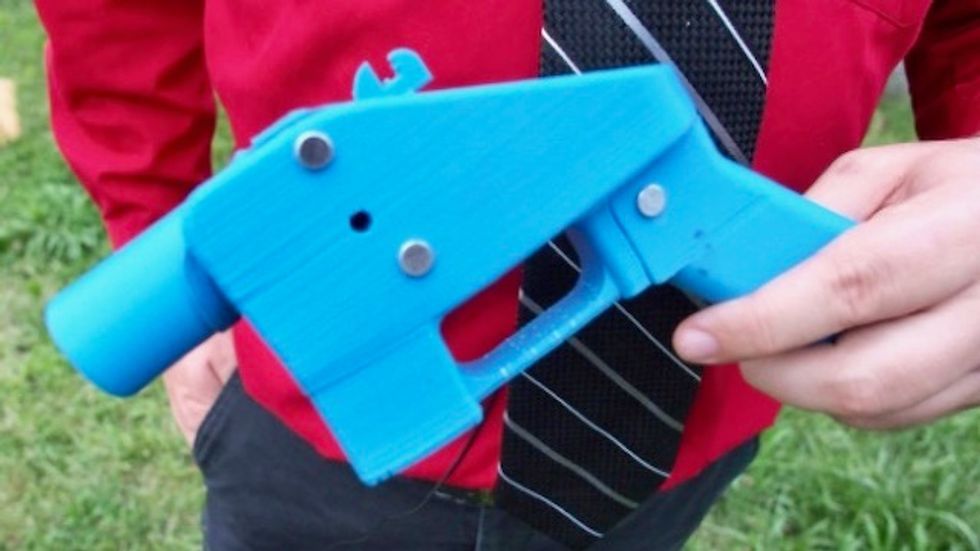 A student was convicted on Wednesday of manufacturing a firearm using a 3D printer, in what London's police said they believed was the first such successful prosecution in Britain.

Tendai Muswere, 26, pleaded guilty to making the 3D printed gun, in a hearing at Southwark Crown Court in the British capital.

Zimbabwean national Muswere, who does not hold a firearms licence, said he was printing the firearm for a university film project and claimed he did not know that the components were capable of firing.

"He later refused to comment on what his film project was about," London's Metropolitan Police said in a statement.

Officers went through his internet search history and found he had viewed videos demonstrating how to use a 3D printer to manufacture firearms which fired live ammunition.

A second raid in February 2018 resulted in the discovery of further components of a 3D printed gun.

"Muswere claimed that he was printing the firearms for a 'dystopian' university film project but he has not explained why he included the component parts necessary to make a lethal barrelled weapon," said Acting Detective Sergeant Jonathan Roberts, who led the investigation.

"Muswere was planning to line the printed firearms with steel tubes in order to make a barrel capable of firing.

"This conviction, which I believe is the first of its kind relating to the use of a 3D printer to produce a firearm, has prevented a viable gun from getting into the hands of criminals."

Muswere will be sentenced on August 9.