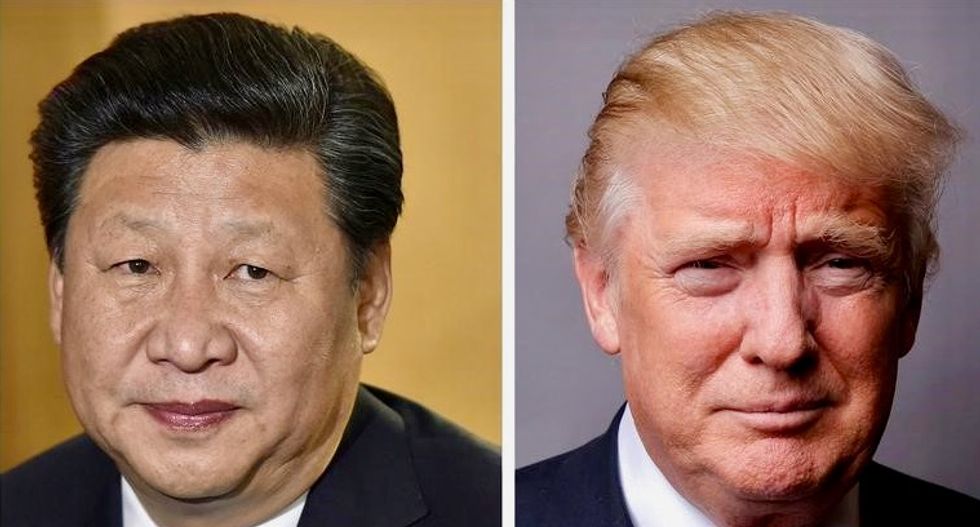 The trade battle between the US and China, and fears that spiralling tensions with Iran could erupt into conflict are poised to dominate a high-stakes G20 summit from Friday.

With hotspots North Korea and Venezuela and a slowing world economy also high on the agenda, the two-day gathering of leaders from the world's group of 20 leading nations in Osaka, Japan, could be one of the most pivotal in years, analysts say.

Trump last week sparked hopes for a detente in the long-running trade war when he said he would hold "extended" talks with Xi after a "very good telephone conversation".

For his part, Xi told Trump that "China and the US will both gain by co-operating and lose by fighting", according to Chinese state media.

The two sides were close to a deal when talks broke down abruptly last month and markets are hoping the leaders' first face-to-face talks since December, when they met at the last G20 in Argentina, can break the deadlock.

Trump has hit $200 billion of Chinese imports with levies and has threatened to impose them on an additional $300 billion, which would hurt China's already slowing economy and spread the gloom worldwide.

Observers said a decisive breakthrough was possible at the talks, which are expected on Saturday, but was not the most likely scenario given the complexity of the issues.

"President Trump likes deals, so he might agree to something," noted Matthew Goodman, an economics expert at the US-based Center for Strategic and International Studies.

"More likely is that they will agree to a truce and to restart talks and... try to come to some sort of deal within three months," added Goodman.

Trump could also threaten to raise tariffs to 40 percent if talks fail, he warned, adding: "It's not going to solve the immediate problems."

AFP / Vincent LEFAI World map of G20 members, showing their GDP and their group's economic weight on the global stage

Economists and markets are hoping some sort of pact can be agreed as the stuttering global economy can ill afford further trade tensions between its two biggest players.

"This is bad for everyone... it's a no-win situation," said Denis Hew, director of the Policy Support Unit for APEC (Asia-Pacific Economic Cooperation).

Alice Ekman, head of China Research at the French Institute of International Relations, said the world should brace for a lengthy period of frosty relations as Washington and Beijing also scrap over technological domination.

"The tensions are such that even if we get to a deal... this (the trade war) will leave its mark, and we are now engaged in a long-term rivalry," she told AFP.

The other topic likely to dominate the meeting is North Korea's nuclear programme and here again the meeting between Xi and Trump is likely to be key.

Trump will travel to South Korea after the G20, with talks between Washington and Pyongyang stalled after February's failed summit in Hanoi.

But Trump and North Korean leader Kim Jong Un have been exchanging personal letters, with Kim vowing to "seriously contemplate" the "excellent content" in the recent missive from Washington, while the US leader hailed a "beautiful letter" from Pyongyang.

The G20 comes days after Xi wrapped up a highly symbolic visit to the isolated state and a recent defector from North Korea said the Chinese leader would likely come bearing an offer to the US side.

"They want to use President Xi as a mediator in the G20," Thae Yong Ho told reporters in Tokyo.

Iran will also loom large after Trump called off a planned military strike but then imposed sanctions against its supreme leader Ayatollah Ali Khamenei and threatened the country with "obliteration" if it seeks war.

Aware that attention is likely to focus on the US-China trade talks, the Japanese hosts are trying to focus on their priority areas, including the fight against ocean plastic and the challenges faced by ageing populations.

"There has been over a year's worth of preparation and very dedicated hard work gone into this... So I hope the media also pays attention to the other aspects that will be discussed at the G20," pleaded Masatsugu Asakawa, Japan's top finance diplomat.