Voters believe America is in a steep decline — and almost half blame Trump: WSJ 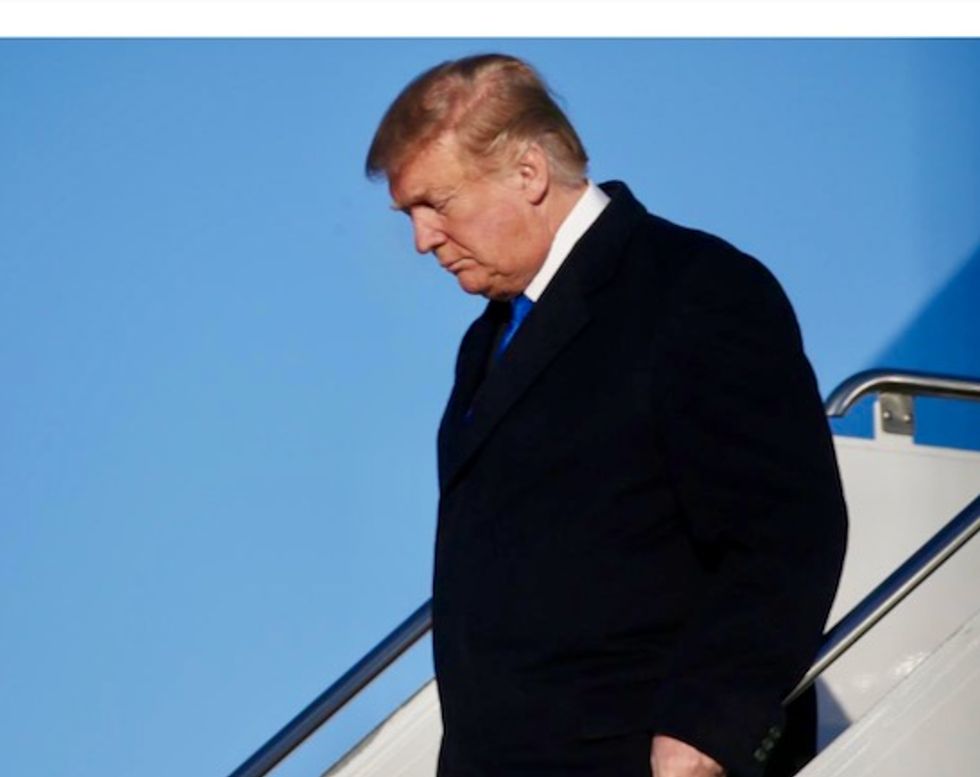 According to a summation of a Wall Street Journal/NBC News poll, the WSJ reveals that Americans have grown increasingly pessimistic that the country's problems can be turned around due to the toxic atmosphere in Washington, DC -- with Donald Trump fingered as the main culprit.

"Americans have little faith the U.S. political system can address long-term challenges and are skeptical the nation remains committed to foundational tenets such as the free market, majority rule, and tolerance," the Journal begins before adding, "The results come just ahead of the nation’s 243rd birthday and as partisan divisions grow. President Trump’s tenure has been marked by extraordinary clashes with Congress and the courts on his proposed border wall, trade, budgeting, and congressional oversight."

According to the polling, with 43 percent of respondents pointed to President Donald Trump saying his administration deserves much or all of the blame. On top of that, 34 percent primarily blamed Republicans in Congress, while 30 percent cited Democrats as the problem.

The Journals also notes, two-thirds of those polled think the government is incapable of addressing long-term challenges and hold little hope for the future.

Additionally, four of ten respondents stated that the dysfunction in Washington has spilled into their personal lives, claiming, "they have stopped talking politics with a friend or family member because they know the person doesn’t share their views. One in five say they have blocked or unfriended someone on Facebook or elsewhere because of their political opinions, with women, younger people and Democrats most likely to do so," the Journal reports.