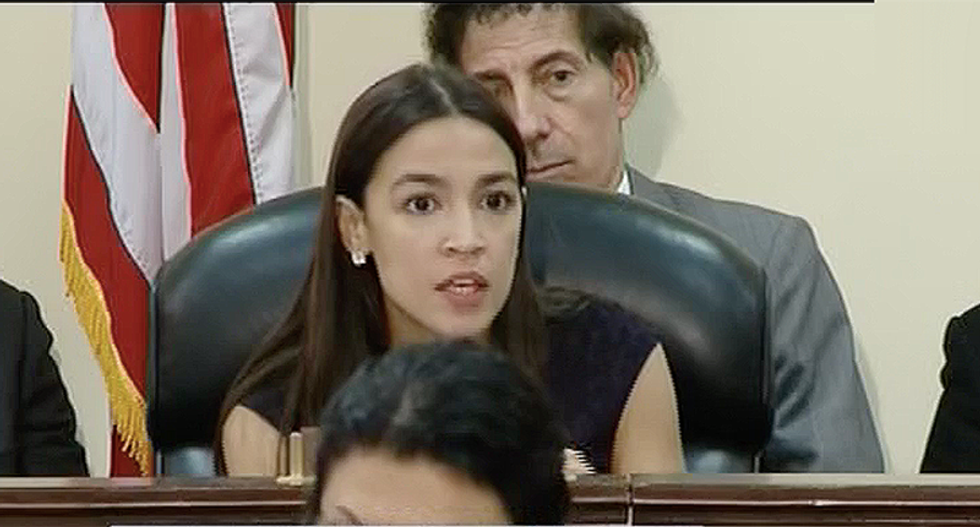 During a hearing about the government's response to white supremacy, Rep. Alexandria Ocasio-Cortez (D-NY) demanded to know why incidents of domestic terrorism weren't treated with the same consistency under the Department of Justice.

"We've also heard from experts that whether the FBI classifies extremist violence as, 'domestic terrorism, or a hate crime,' has major implications on resource allocation and prioritization within the bureau," she said. "Mr. McGarrity, the FBI considers preventing terrorism its number one priority, isn't that right?"

He agreed that it was. Another representative explained how the department prioritizes hate crimes, answering that it was the top priority, but only under the Civil Rights Division of the FBI. At times those cases can overlap, so it can be the case where there is an open investigation in one department or the other.

"We have seen white supremacist attacks that were clearly domestic terrorism," Ocasio-Cortez said. "Experts, in fact -- the former acting AG, Jeff Sessions, even called some of these incidents domestic terrorism incidents. The Emmanuel A.M.E. church shooting of black Americans in Charlottesville and the Tree of Life Synagogue shooting in Pittsburgh of Jewish people. Those were only designated and charged as hate crimes not domestic terrorist incidents."

She asked why they weren't considered to be domestic terrorism, but McGarrity replied that they absolutely were and had open cases on them. He noted that he wasn't present for the Dylann Roof case but that it fell under the Department of Justice's Civil Rights Division. He said that the DOJ too viewed the Tree of Life attack as domestic terrorism and was treated as both a hate crime and terrorism.

"So what we do, both on the international terrorism side with the home-grown extremists and domestic terrorists, we'll use any tool in the tool kit to arrest them," he said. "Should it be after -- it's a good federal charge for us to use."

His answer proved that there are two different and conflicting testimonies from witnesses on this topic. In two previous cases, the San Bernardino shooting and the Pulse Night Club shooting, both men were charged with a terrorism charge. The DOJ official said he'd have to go back to look, but he thinks they were charged under international terrorism laws.

Ocasio-Cortez asked how the discrepancy could exist. The only difference between Dylann Roof and the Pulse Night Club shooter was their religion and race. Both were Americans.

Watch ACO grill them below: