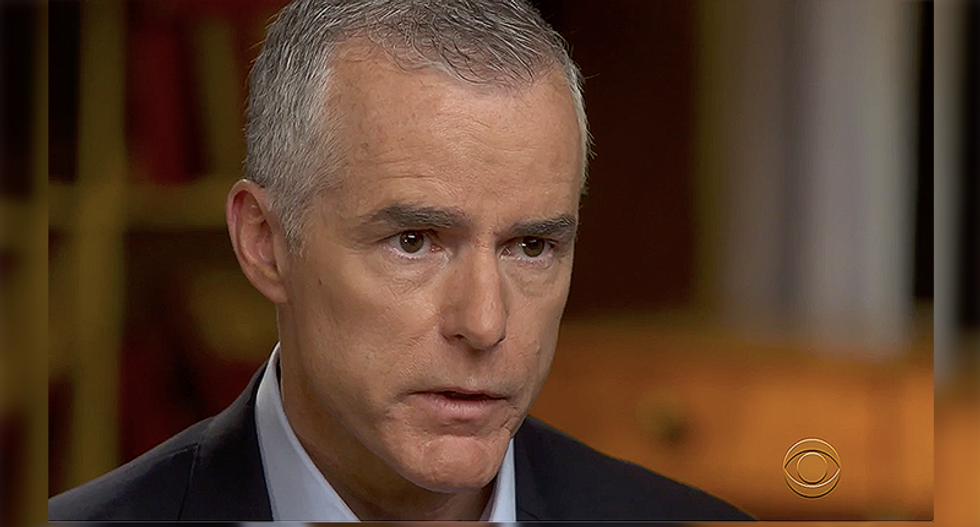 McCabe ripped Republicans for failing to stand up to Trump after he said that he would be take dirt on a political opponent from a foreign operative.

"I worked on three presidential campaigns, and you didn't even take a phone call from a representative of a foreign government. Frankly, when I worked on a campaign, you didn't take phone calls from an organization with aligned interests. But we heard from the president himself, and we heard Congress, they did a little more than shrug but not much. Does that to you explain where we are now?" Wallace said.

McCabe explained that the Republican Party has lost its core values.

"I think it emboldens the president to say the ridiculous things he says all the time and it explains why he feels strong enough to do these things to give in to his more baser instincts because he knows that party is not going to hold him accountable to anything," McCabe said.

"Republicans are now completely okay with the statement by the president that he would accept information from the Russians. I mean, the Republican Party traditionally strong on national defense, the party that fought Russia, the party that won the Cold War, and here we are today where things like the statements made to ABC take place yesterday and you hear a collective nothing from the leadership on the Republican side of the hill," he said.