WATCH: White man gets brutally shouted down for telling black kids they can't play in their own yard 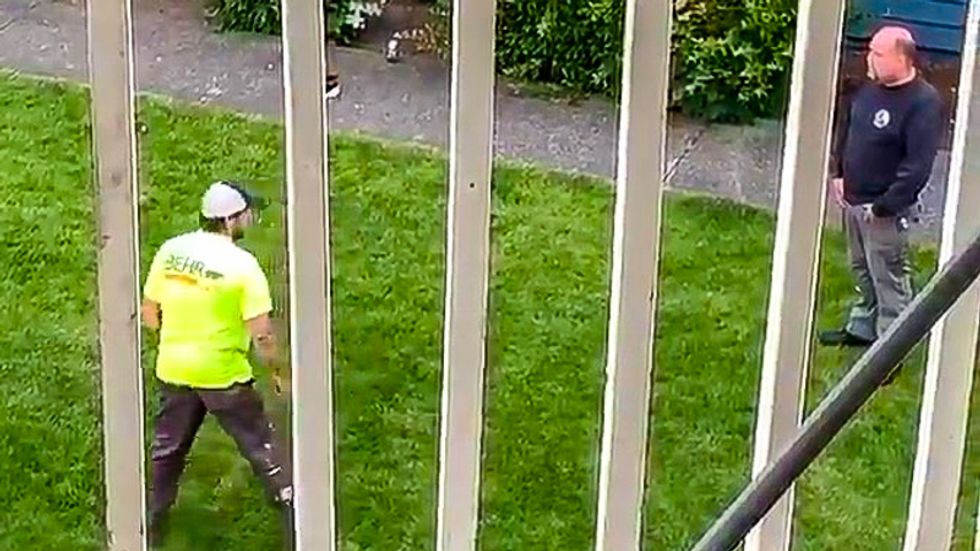 A video which went viral over the weekend shows two white men arguing over what appears to be black children playing near their own homes.

"Keep on playing kids!" a white man, who was later identified as "Nick" can be heard shouting in a video posted by Twitter user @_SamuelLahn.

According to the tweet, a "racist neighbor" had demanded that the "mostly black" children cease playing between two apartment buildings.

"Y'all keep on playing!" Nick says. "I know every single one of y'all lives here. So, please, sir, step away if you don't live here."

"Let them go wherever the fuck they want if they live here!" Nick shouts back after the man disagrees with him. "Guess what? You only own your porch... from there on out, it's free play."

"That's what I'm talking about!" a man can be heard shouting from behind the video camera.

By Sunday, the video had been viewed over 3 million times.