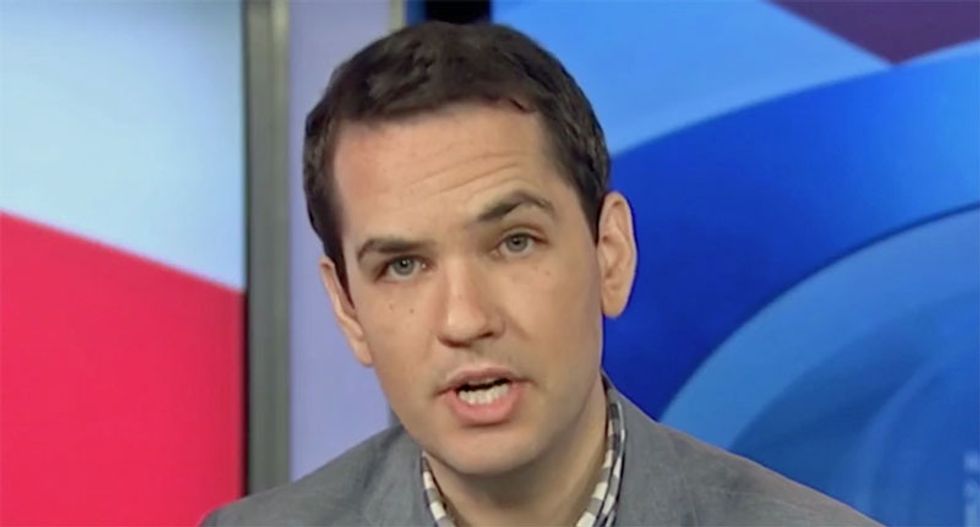 The growing support to commence impeachment proceedings by House Democrats is driven by their need to fire up grassroots support to hold control of the chamber, an Indivisible co-founder explained on MSNBC.

"The call for impeachment continues. this as protesters are hitting the street in more than 140 rallies planned across the country. Organizers say the "Impeach Trump" event is a day of action urging House Democrats to start impeachment proceedings," MSNBC's Richard Lui reported Saturday.

"A new survey from the indivisible project finds 80 percent of their respondents say the House should start impeachment proceedings," he noted. "Right now in the House, 63 Democrats and one Republican support impeachment."

For analysis, Lui interviewed Ezra Levin, the co-executive director of the group Indivisible.

"And you know, many who did flip are worried they could be in Trump-winning districts, moving forward with an impeachment process does put them at some political risk," Lui argued.

"I think that's why we see folks even like Justin Amash -- a conservative Republican in House of Representatives coming out in favor of impeachment proceedings," he continued. "It's an odd situation that we have this conservative Republican in the House more forward-leaning than most Democrats in the House of Representatives now and it's not just weird for Congress, it's out-of-line of the people who put them in power to begin with."

"What is, do you think, the reason we've seen more House Democrats move into the yes column, growing by about ten every week?" Lui asked.

"They're not dummies," Levin replied.

"They know in order to maintain the House majority they have to win re-election they need that grassroots support that got them into the majority," he explained. "That's why days like today are so important."

Christian Right facing 'credibility' meltdown from sex abuse scandals — just as they try to force their will on everyone: analyst