What you should know about giant human-sized beavers 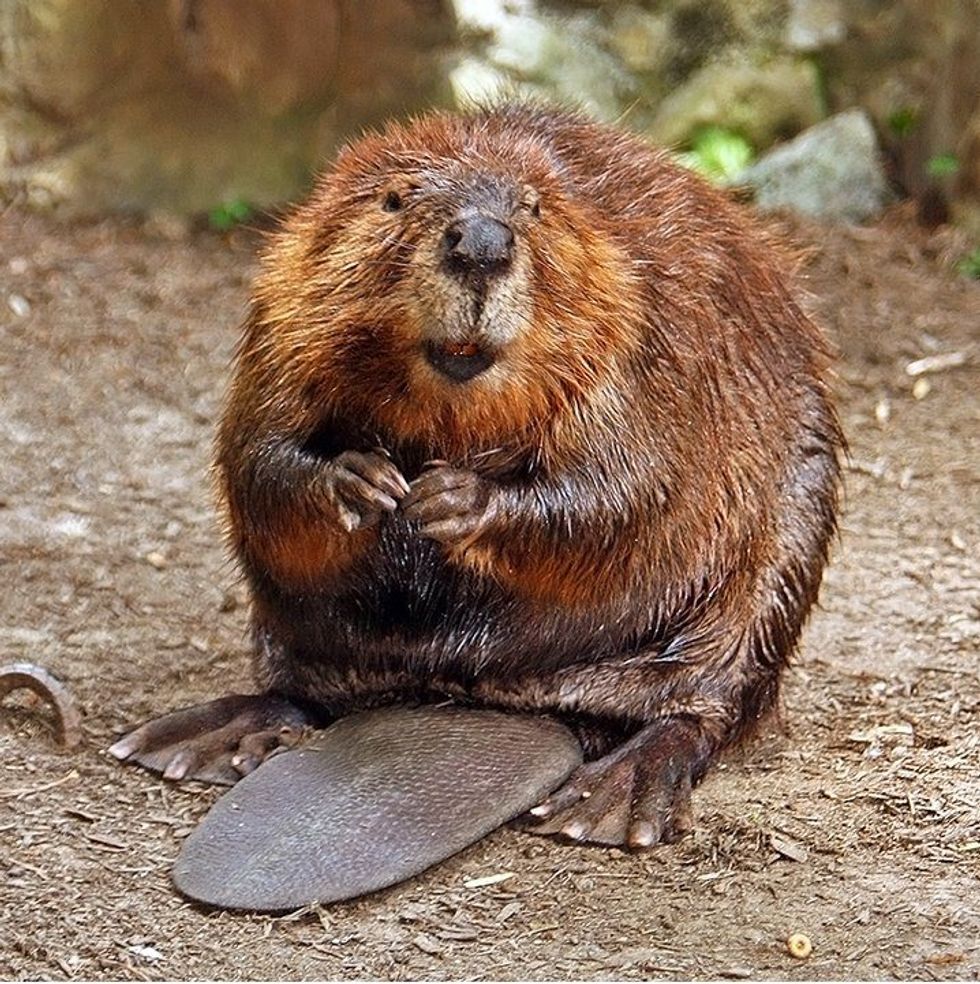 Giant beavers the size of black bears once roamed the lakes and wetlands of North America. Fortunately for cottage-goers, these mega-rodents died out at the end of the last ice age.

Now extinct, the giant beaver was once a highly successful species. Scientists have found its fossil remains at sites from Florida to Alaska and the Yukon.

A super-sized version of the modern beaver in appearance, the giant beaver tipped the scales at 100 kilograms. But it had two crucial differences.

The giant beaver lacked the iconic paddle-shaped tail we see on today’s modern beavers. Instead it had a long skinny tail like a muskrat. 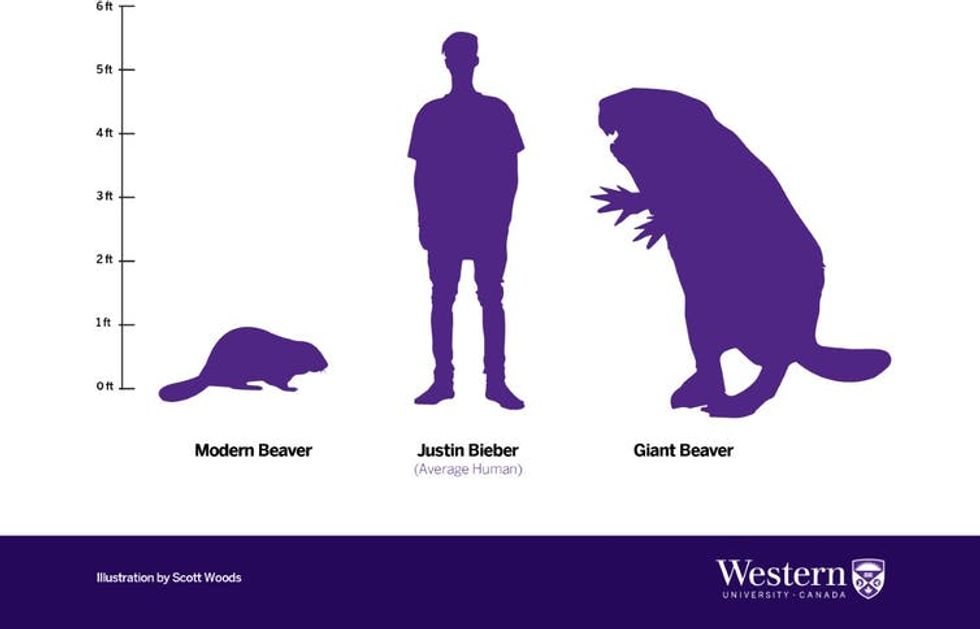 A side-by-side comparison of the modern beaver, Justin Bieber and the giant beaver, all part of Canada’s history.

The species suddenly became extinct 10,000 years ago. The disappearance of the giant beaver coincides with that of many other large-bodied ice age animals, including the iconic woolly mammoth. But until now scientists didn’t know for certain why the giant rodent had died out.

You are what you eat

We need to understand how the giant beaver lived in order to explain how and why it died out. For example, did it run out of food? Did it get too cold or too hot for it to survive?

Other studies found the giant beaver thrived when the climate was warmer and wetter. They also noticed that giant beaver fossils were most commonly found in sediments that come from ancient wetlands. But no one knew if the giant beaver behaved like the modern beaver. Did it also cut down trees? Or did it eat something completely different?

From an chemical perspective, you are what you eat! The food an animal consumes contains chemical signatures called stable isotopes that are incorporated into body tissues such as bone.

These isotopic signatures remain stable over time, for tens of thousands of years, and provide a window into the past. No other studies have used stable isotopes to figure out the giant beaver’s diet. 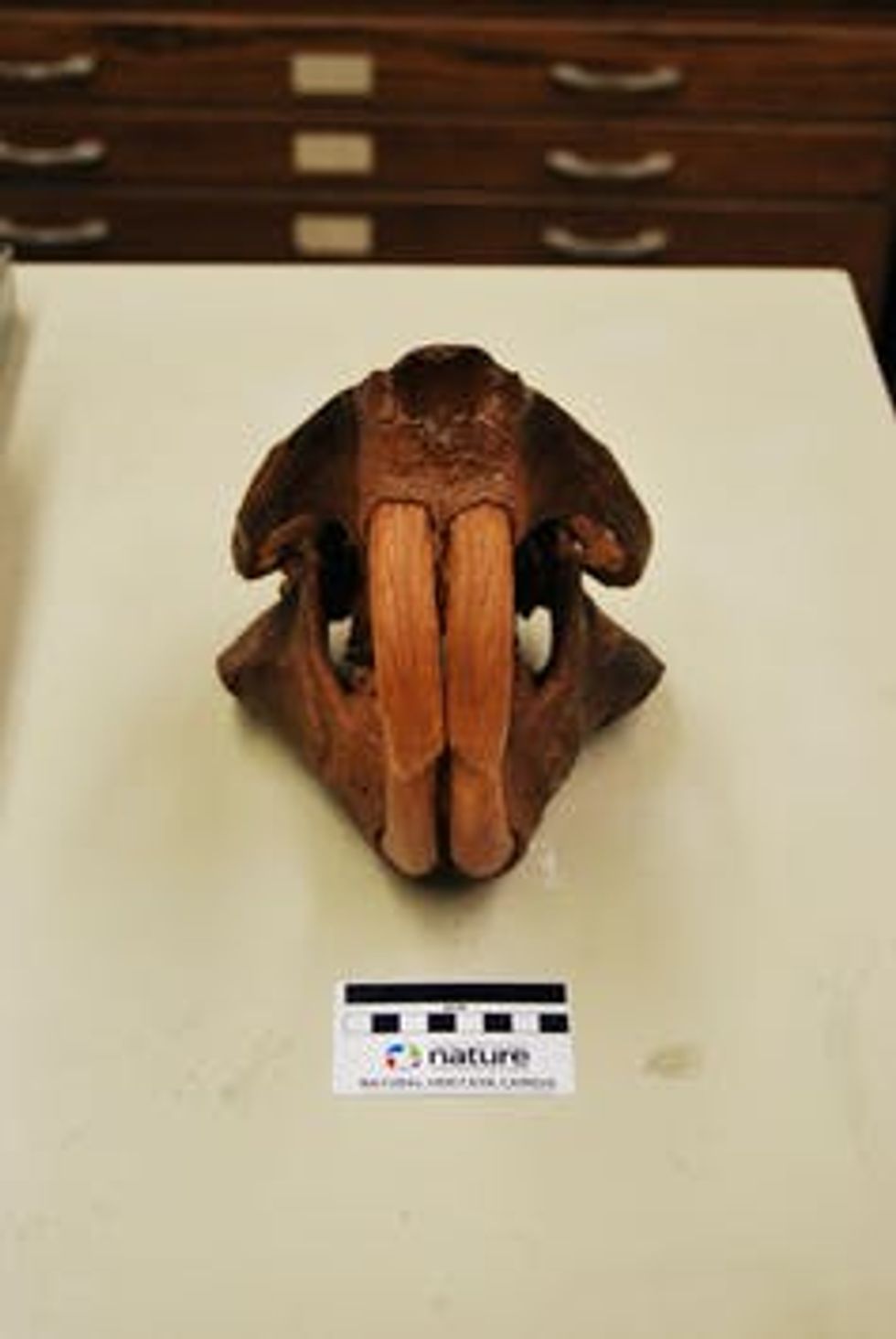 We studied fossil bones from giant beavers that lived in the Yukon and Ohio between 50,000 and 10,000 years ago. We looked at the stable isotope signatures of the ancient bone tissues.

The isotopic signatures linked to woody plants are different from those associated with aquatic plants. We discovered that the giant beaver was not cutting down and eating trees. Instead, it was eating aquatic plants.

This strongly suggests that the giant beaver was not an “ecosystem engineer” like the modern beaver. It was not cutting down trees for food or building giant lodges and dams across the ice age landscape.

Instead, this diet of aquatic plants made the giant beaver highly dependent on wetland habitat for both food and shelter from predators. It also made it vulnerable to climate change.

Towards the end of the last ice age 10,000 years ago, the climate became increasingly warm and dry and wetland habitats began to dry up. Although the modern beavers and the giant beaver co-existed on the landscape for tens of thousands of years, only one species survived.

This all fits into the puzzle that many research groups have been working on for decades: we all want to know what caused the global megafauna extinction event that occurred at the end of the last ice age and why so many species of large-bodied animals — woolly mammoths, mastodons and giant ground sloths — disappeared at roughly the same time.

Current evidence indicates that a combination of climate change and human impact were the driving causes behind these extinctions.

Studying the ecological vulnerabilities of long-extinct animals certainly poses its own unique challenges, but it is important to understand the impact of climate change on all species, past or present.