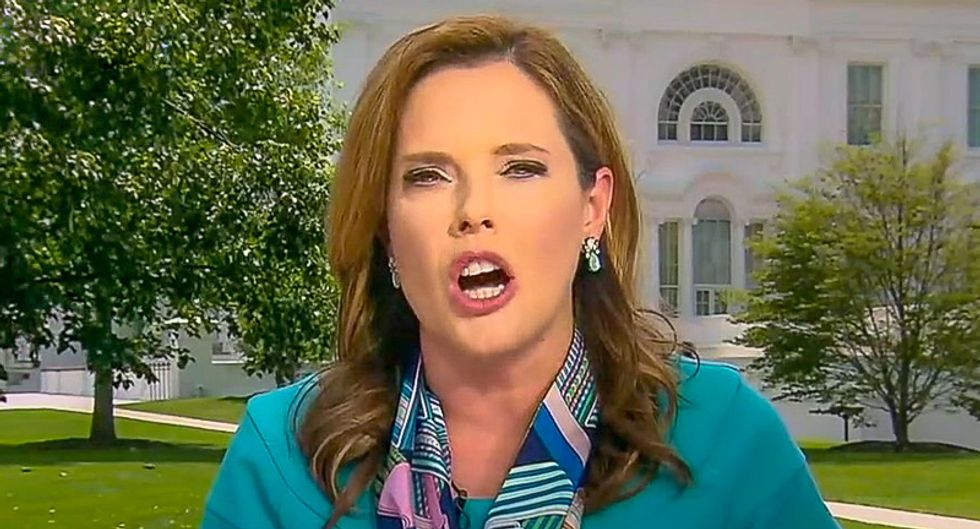 Appearing at a Faith And Freedom Coalition event being held in Washington D.C., White House Director of Strategic Communications Mercedes Schlapp brushed off complaints about Donald Trump's abusive tweeting habits before launching into a bizarre story about mean Catholic girls.

"What do you say particularly to those that say they have a problem with his [Trump] tweets. They have an issue with some of the insults?" Reed asked.

"You know we had an incident and on one of my daughters' schools where she started  what’s called the Constitution Club," she recalled. "And it’s a club where you have she was able to recruit about sixty-eight kids, girls to this club. And the mean girls came out and said that it was the Trump racist club."

These are devout Christians," she insisted. "These girls practice their faith. And the mere fact that you have these mean girls going out there -- in high school -- it isn't even college like Charlie Kirk is having to deal with and fight for every day --  and God bless him and his organization for doing that."

"I am telling you, this is seeping into high school where my daughter is going to a Catholic school. and is faced with the girls who are bullying and silencing the girls who simply want to practice our faith," she continued with her voice rising. "And you know what that kid -- I don't know if it's because she's a Schlapp -- she’s like, 'Mom I don’t have to be the popular kids to impact change.' I'm saying if a 16-year-old can do it -- we all can do it."