Whoopi Goldberg scorches McConnell for obstructing Obama: 'Maybe you should pay reparations for that!' 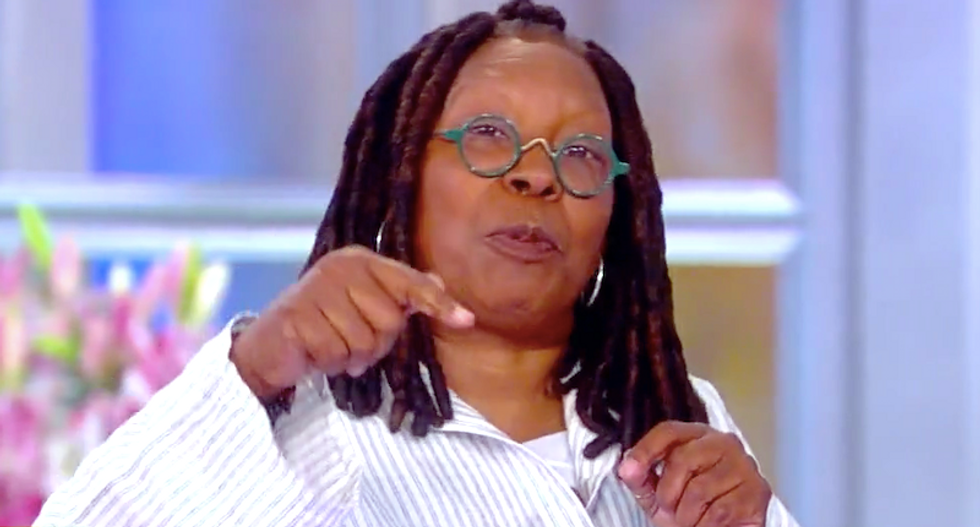 Whoopi Goldberg shamed Senate Majority Leader Mitch McConnell for claiming the sins of slavery had been repaid with the election of President Barack Obama.

McConnell disagreed with reparations for slavery, lynching, discrimination and other racist institutions, saying the Civil War and Obama's election should be enough -- and "The View" host called out his hypocrisy.

"You know, Mitch, you said that you would make him a one-term president," Goldberg said, "and you did everything you could to not help him in the first four years. Maybe you should pay reparation for that."

Goldberg argued that black work and wealth had been stolen for centuries, and she said racism was much bigger than anything President Donald Trump -- whose name she never says -- and the Republican Party had done.

"It's not them," she said. "This is much bigger than Trump."

She quickly caught herself.

"Oh, I said his name!" Goldberg said, covering her mouth as the audience booed.