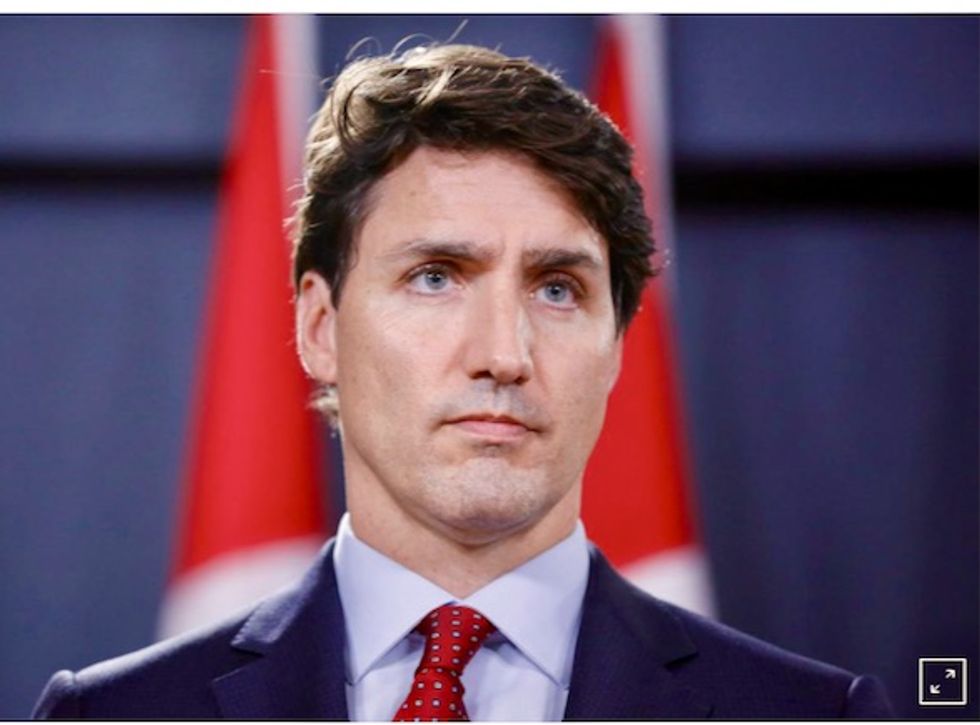 "When we win," said the 2020 Democratic candidate, "we won't wait for drug companies to end their greed. We will end it for them."

In an effort to "spotlight the corporate greed that has taken over the American healthcare system" and driven up the costs of life-saving drugs, Sen. Bernie Sanders announced Thursday that he plans to travel to Canada later this month with a caravan of diabetics looking to purchase affordable insulin.

"Canada has a nationalized, single-payer system that allows them to negotiate much better prices with the drug companies. In our country it is a much different story."

"Insulin costs over $300 [per vial] in the U.S.," tweetedSanders, a 2020 Democratic presidential candidate. "In Canada, the same exact drug costs about $30. We can't wait for drug companies to lower prices. Americans need relief now!"

The trip, scheduled to leave Detroit July 28, will not be the first time Sanders has crossed the Canadian border with a group of Americans seeking affordable medicine.

In 1999, then a member of the House of Representatives, Sanders traveled to Canada with a busload of Vermonters to purchase breast cancer treatment that was "1/10th of the price they were paying in the U.S."

"Now, 20 years later we are basically in the same place," Sanders told CNN. "We are going to take a group of people from Detroit into Windsor, Ontario, which is right over the border, to purchase the drugs they need to save their lives at a greatly reduced cost."

As Natalie Shure wrote at The American Prospect last month, insulin's wholesale price has tripled in the U.S. over the past decade, severely burdening the millions of Americans who rely on the drug to survive.

"For Type 1 diabetes patients, uninterrupted access to insulin is especially critical," wrote Shure. "It's not a game that T1 patients can opt out of: Just a few days without insulin can be deadly, or trigger severe complications like gangrene or renal failure. But its crippling cost makes a mechanized routine increasingly difficult to pull off."

Sanders told CNN that the greed of pharmaceutical companies and the failure of government to act to bring down costs are to blame for skyrocketing U.S. drug prices, which are the highest in the world.

"Canada has a nationalized, single-payer system that allows them to negotiate much better prices with the drug companies," said Sanders. "In our country it is a much different story. The pharmaceutical companies brought in $69 billion in profit. That is insane and it is a real threat to the health of every American."

"Congress needs to do something about this," Sanders added, "and when I am president we will lower the cost of prescription drugs."

To bring down costs, Sanders's Medicare for All bill would require the government to negotiate drug prices and cap co-pays for prescription drugs at $200 per year.

"When we win, we won't wait for drug companies to end their greed," Sanders tweeted earlier this week. "We will end it for them."