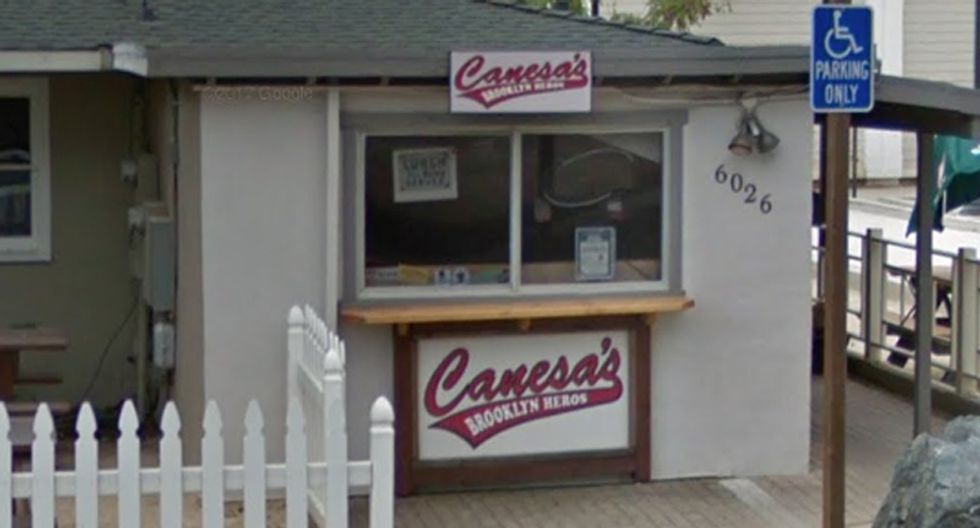 Siding with President Donald Trump on the question of racism is apparently not the best move for a small business in California.

"An East Bay deli owner is facing sharp criticism over a post he placed on his personal Facebook page that appears to be a show of support for the recent racist statements made by President Trump and his backers targeting Rep. Ilhan Omar, D-Minn., and three other congresswomen of color," the San Francisco Chronicle reports.

John Canesa, the owner of Canesa’s Brooklyn Heros deli in Clayton, offered free food for people who repeated the racist "send her back" chant from Trump's rally.

“Meatballs made with beef today (in case) we offend any of our overly sensitive pork haters!! Free side when you say ‘send her back!’” Canesa posted on Facebook.

“When hateful comments are being promoted as part of a local business, they reflect on our community’s reputation,” Clayton mayor Tuija Catalano posted in response.