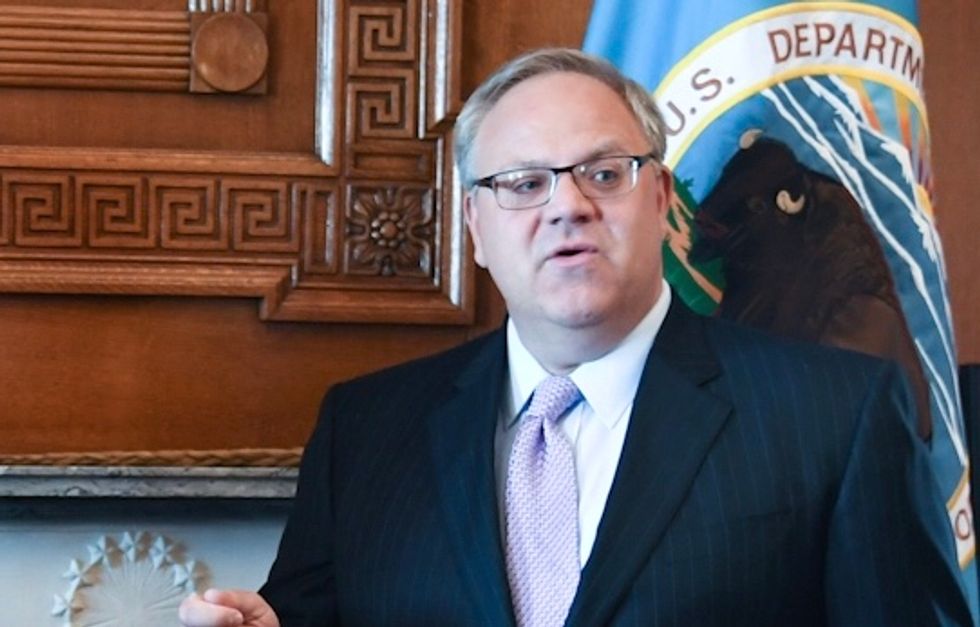 On Monday, CNN's Anderson Cooper and Drew Griffin exposed a story about how a developer in Arizona enlisted President Donald Trump's allies to help greenlight an environmentally destructive land deal, including Secretary of the Interior and former oil industry lobbyist David Bernhardt, over the objections of regulators and environmental groups.

"President Trump defended his record on the environment today, saying his administration wants, quote 'the cleanest air and crystal clean water,'" said Cooper. "A new report from Drew you'll only see on '360' deals with the controversial development in water-parched Arizona owned by [a] person connected to Secretary Bernhardt. Here is Drew's report."

"The Village at Vigneto is a massive housing development being planned in this Arizona desert east of Tucson, but like all developments in Arizona, water is an issue, especially for wildlife, and U.S. Fish and Wildlife Supervisor Steve Spangle thought before putting in all those homes, golf courses and potentially 70,000 people, government scientists should look carefully how the project would impact the nearby San Pedro River," said Griffin.

"The EPA had said years earlier that developing the site 'represented a substantial and unacceptable impact,'" said Griffin. "Spangle decided before the new Villages at Vigneto could move forward a full scale biological  assessment was needed ... It was just seven months into the new administration when Steve Spangle received an unusual phone call."

"It was a solicitor, attorney from Washington, and she told me that she had gotten a call from a high-level political appointee within the Department of the Interior who informed her that our position out here in Arizona was not the position of the administration," Spangle told the camera. "I felt I had a duty. I work for the administration, I have to do what I'm told, so I did. I felt pressured to reverse my decision and in the simplest terms, I was rolled."

Griffin then delved into the identity of the developer behind the project.

"Mike Ingram is part owner of the Arizona Diamondbacks," said Griffin. "He donated more than $50,000 to Donald Trump's political committees. Co-chaired a canceled inauguration fundraiser that promised half-million-dollar donors a hunting trip with Donald Trump Jr. and Eric Trump and a private reception with the president. He's connected to Interior Secretary David Bernhardt too," through a foundation he once represented, "and since Donald Trump became president Ingram enjoyed easy access to Trump administration decision-makers who oversee his interest."

"Schedules obtained by CNN show at least 11 meetings, phone calls, or emails with top administration officials, including then EPA chief Scott Pruitt, and Ryan Zinke, who was Secretary of the Interior," said Griffin. "And CNN has learned that in August of 2017, Mike Ingram met up with his old lobbyist friend and then Deputy Interior Secretary David Bernhardt, the first of at least five meetings with him. This secret meeting, not on any public calendar, was a private breakfast held at his hunting lodge in Montana. Just two weeks later he got the unusual call from Washington that the Villages at Vigneto project was on track again."

"A lawsuit by environmentalist filed this year has the project on hold," said Griffin, adding that Ingram "will not talk to CNN" and that he has retained a familiar D.C. lawyer amid the controversy: Lanny Davis, the same attorney who represented Trump's former "fixer" Michael Cohen.