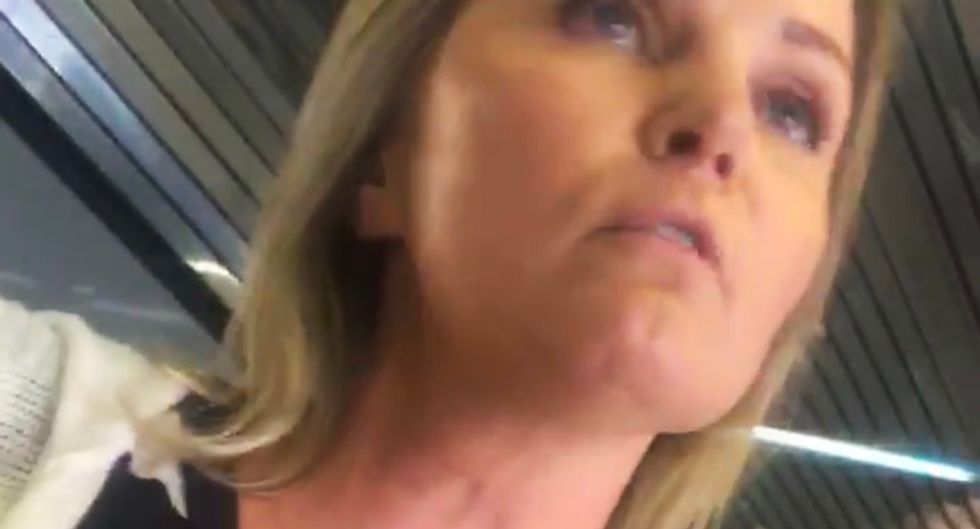 According to a report from Yahoo Lifestyle, a black woman flying from Las Vegas to Chicago was forced to beg fellow passengers on the Spirit Airlines flight to switch seats with her after a white woman protested having to sit next to her.

In a Facebook post, Tiarra Tiarra wrote that the woman -- who she said appeared to be Russian -- denied her attempt to take her seat.

"So my flight was delayed from Detroit for 12 hours . Luckily I catch a flight from Vegas to Chicago . I board the Chicago flight and the open seat they gave me was next to a Russian woman, who refused to let me sit by her," she wrote. "Like refuses it to the point that she is arguing with the flight attendant about how she is not going to let me sit by her. Luckily there were other (white) people on the plane who chose to switch seats with me so I wouldn’t have to sit by her which she happily allowed."

"I have never experienced this before. I’m so upset that I couldn’t lay hands on this lady. So appreciative of the other passengers who just rallied around me , held my hand and really prayed with me. This 4 hour flight is about to feel like a lifetime. I’m am so embarrassed and heartbroken," she added.

She later uploaded a video of the woman attempting to apologize (although the audio didn't record) , writing, "Her excuse was she thought the plane was already boarded and no one told her that she would have to sit next to anyone."

"Mind you she allowed the young white college student to sit next to her with no issue. Immediately after we landed she rushed off requesting a supervisor to complain to because the passenger [sic] were booing her and calling her a racist," she added. "She said her not letting me sit down had nothing to do with me being black but simply because she thought the seat was going to be empty."