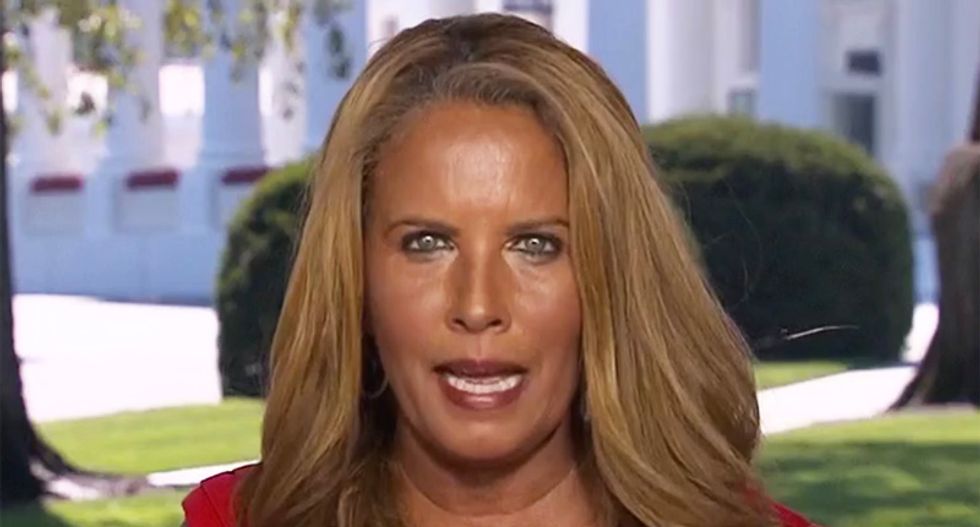 Following President Donald Trump's rambling and accusatory South Lawn question and answer session on Tuesday morning, a panel on CNN was quick to blow up many of the president's claims with one contributor summing up some of the Trump's claims as "wildly inaccurate."

Cutting back to the studio after the president attacked the Washington Post and Rep. Elijah Cummings (D-MD) among other topics, host Jim Sciutto called out Trump immediately.

"The president there just a few moments ago on his way from the White House to Williamsburg, Virginia," the CNN host began. "Let's do some quick fact checks, because oftentimes in the president's interactions with reporters there are false things that he says."

"For one, he said that China is paying -- that the U.S. is getting billions and billions of dollars in tariffs from China," Sciutto ticked off. "Of course the fact is that U.S. importers and consumers pay for tariffs, so that's not a true statement. He also made quite a charge against Representative Elijah Cummings, saying that Baltimore has taken -- stolen, he seems to be saying -- or wasted billions of dollars. He then said it again later, claiming -- it seems to be accusing Cummings of stealing billions of dollars in money. It is not clear what that is based on. I think we can fairly call that a baseless charge."

CNN National Correspondent Suzanne Malveaux joined in the fact-checking onslaught stating: "We heard the president say that the people in Baltimore were 'living in hell,' and that he was 'the least racist person that there is.' When you talk about the fact checks here, and I want to talk about this a little bit more, he said that there were thousands of people through emails and calls that he has been hearing from since just yesterday, the day before, when he brought up all of this. people from Baltimore, he said largely African-Americans who are affirming what he said of the complaints that he has leveled against the congressman."

"That needs to be fact-checked," she added. "I asked him specifically in light of that, there are lawmakers from Virginia who are boycotting his event today in Jamestown who say they are not coming because they are highly offended and he essentially put that aside, minimized that, saying that they are not serving their own community, that they're not a large number of people who feel this way."

Addressing Trump's claims about tariffs, CNN contributor Phil Mattingly chimed in, "Some of the numbers he was tossing out and also the president's understanding and kind of repeated explanation as to how tariffs work are wildly inaccurate."