CNN's Jake Tapper reveals Rep. Ilhan Omar has been a citizen longer than Melania Trump has 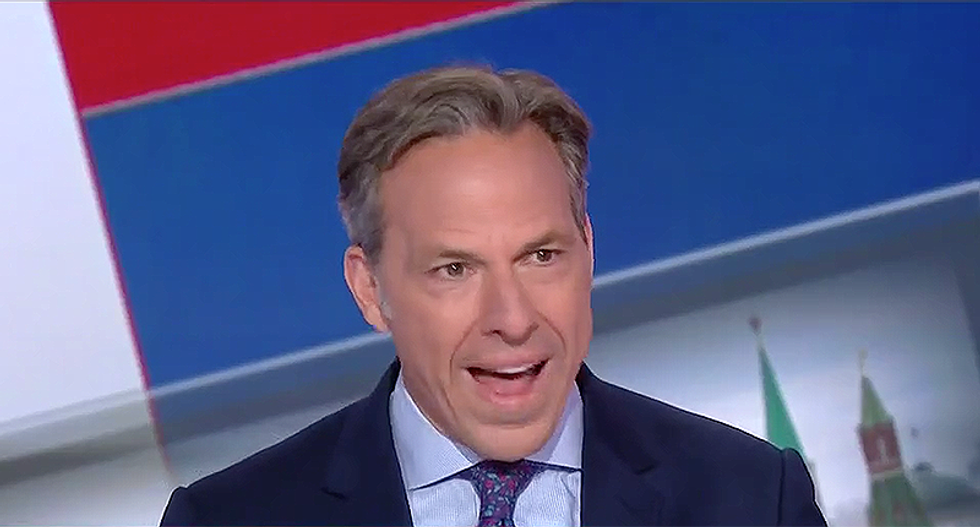 "The president was seeming to be referencing Reps. Alexandria Ocasio-Cortez (D-NY), Rashida Tlaib (D-MI) and Ayanna Pressley (D-MA), who were born in New York City, Detroit, and Cincinnati, respectively. As well as Congresswoman Ilhan Omar (D-MN) who came to the U.S. as a child, a refugee from Somalia and has been a U.S. Citizen since a teenager, longer than the first lady."

He then called out Trump appointee Ken Cuccinelli who went down in flames during a CNN interview Monday when he tried to lie on air about not having read Trump's tweet. Cuccinelli was read the tweet during his appearance the day before. He ignored the fact-check, saying simply, "so what?"

"Another approach has been to say the president was only giving voice to frustrations with sentiments that the four congresswomen, especially Omar, have expressed the idea, I suppose, being that Congresswoman Omar has said things that people find offensive, even occasionally bigoted, therefore it is okay to be bigoted to her."

Tapper then showed a clip of Vice President Mike Pence's chief of staff, Mark Short, who said on camera Monday that Trump wasn't being a bigot, it's that Omar hasn't said anything that is supportive of America. Omar tweeted this four months ago:

This country was founded on the ideas of justice, of liberty, of the pursuit of happiness. But these core beliefs a… https://t.co/FhmPnweV0W
— Ilhan Omar (@Ilhan Omar)1555179493.0

"So, anti—American sentiment, in this view, justifies racism," Tapper summarized. "It, of course, does not in any decent or civilized world. But a world in which religious, and racial and nationalistic and hatred is in the open, well, it is certainly acceptable there. In fact, the president was asked today if it bothered him that white supremacists have found common cause in his 'go back where you came from' tweets."

The president did not.